Croydon Council has given its citizens an early Christmas present by committing to end the use of the controversial weed killer glyphosate in all of it public parks and green spaces. 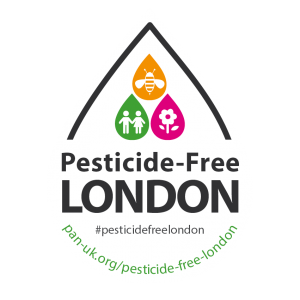 At a full council meeting on Tuesday 3rd December, in answer to a question from Councillor Nina Degrads, Councillor Stuart Collins announced that they will use the opportunity of taking the grounds maintenance contract back in-house to end the use of glyphosate as of February 2019. He also stated that they plan to train staff in new techniques and explore feasible non-chemical options. In perhaps the most heartening part of his statement, he said that this is something that Croydon Council is committed to delivering regardless of the cost.

This fantastic result has come as part of our ongoing Pesticide-Free London campaign which saw more than 400 candidates take the ‘Pesticide-Free London pledge‘ in the run up to city-wide local elections in May. The councillors in Croydon who took the pledge have lived up to their promise and helped to deliver this outcome.

“Croydon is home to nearly 400,000 people. It covers a huge geographic area stretching from its inner city northern boundary with Lambeth to its leafy Surrey borders to the south. I am very proud that from February 2019 we have committed to end the use of glyphosate in our many parks and open spaces and adopt cleaner, greener non-chemical alternatives.”

In the UK, Croydon now stands as the largest urban area with the highest population to commit to ending the use of glyphosate in its parks and green spaces.

“While this is incredibly welcome it is not the end of the process. It’s great that Croydon residents will soon be able to enjoy their green spaces without having to worry about toxic pesticides and PAN UK is keen to help the Council identify suitable non-chemical alternatives. However, there is also a need to end pesticide use in other public areas under council control, such as streets and housing estates. PAN UK would be delighted to work with Croydon Council over the coming months to help extend the glyphosate ban across the borough and work towards making Croydon truly pesticide-free.”

Hammersmith & Fulham became the first London borough to go pesticide-free in 2016. In addition to Croydon, a number of other boroughs are considering introducing bans or significant restrictions on pesticide use as part of our Pesticide-Free London campaign.