Ten years ago, the first alarming indications of major harm to bees hit global headlines. In the US, large scale deaths of honey bees were reported, with an estimated 30% of managed colonies being lost each year. Unusually high hive losses of 25-30% have been reported in Europe and 25% of beekeepers in Japan reported a similar level of loss, matching reports emerging from China and Egypt.

In addition, many native wild bee species, such as bumblebees and leafcutter bees, are suffering severe population losses across the world, with some species facing extinction. Along with honey bees, these wild bees are important pollinators of  the food and medicinal crops we grow. Other pollinating insects, such as butterflies and moths, are also under threat.

Several factors are thought to be behind these declines: changes in farming practices and land use, which affect bees’ food sources and nesting habitat; increased levels of parasites and diseases; and exposure to pesticides and other toxic pollutants.

As US researchers expressed in their article ‘The Plight of the Bees’:  “Bees are reaching their tipping point because they are expected to perform in an increasingly inhospitable world”.

Find Out More About Other Pollinator Species 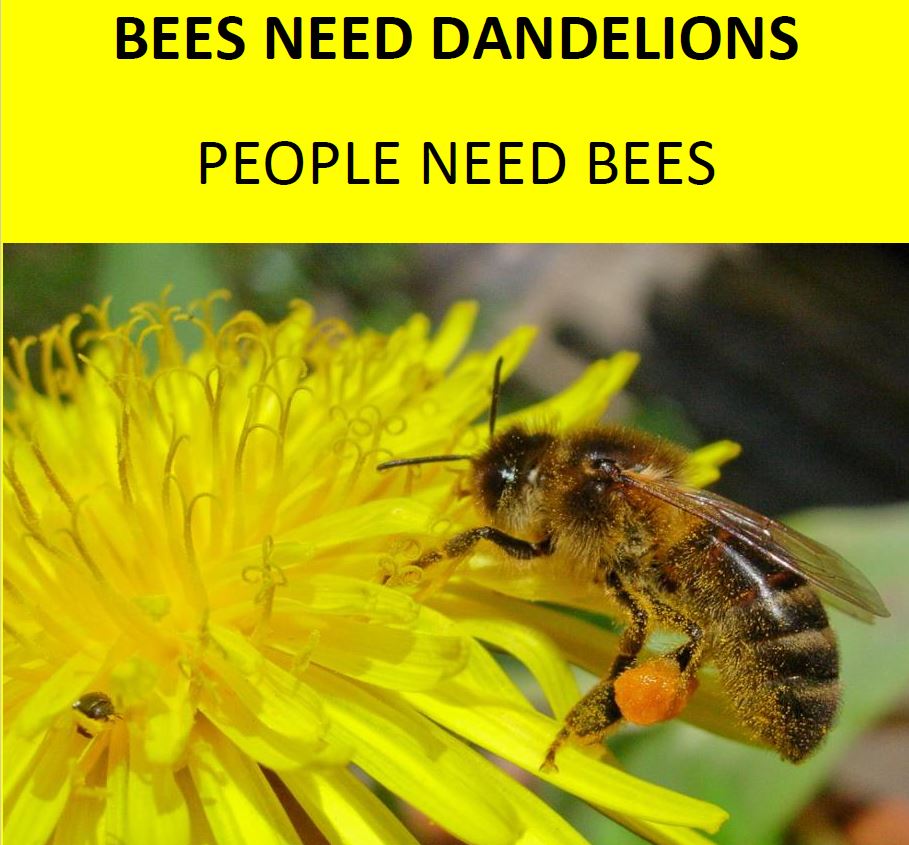 Email your council to ask them not to mow or spray pesticides in spring as dandelions and other spring flowers are needed by bees and other pollinators. 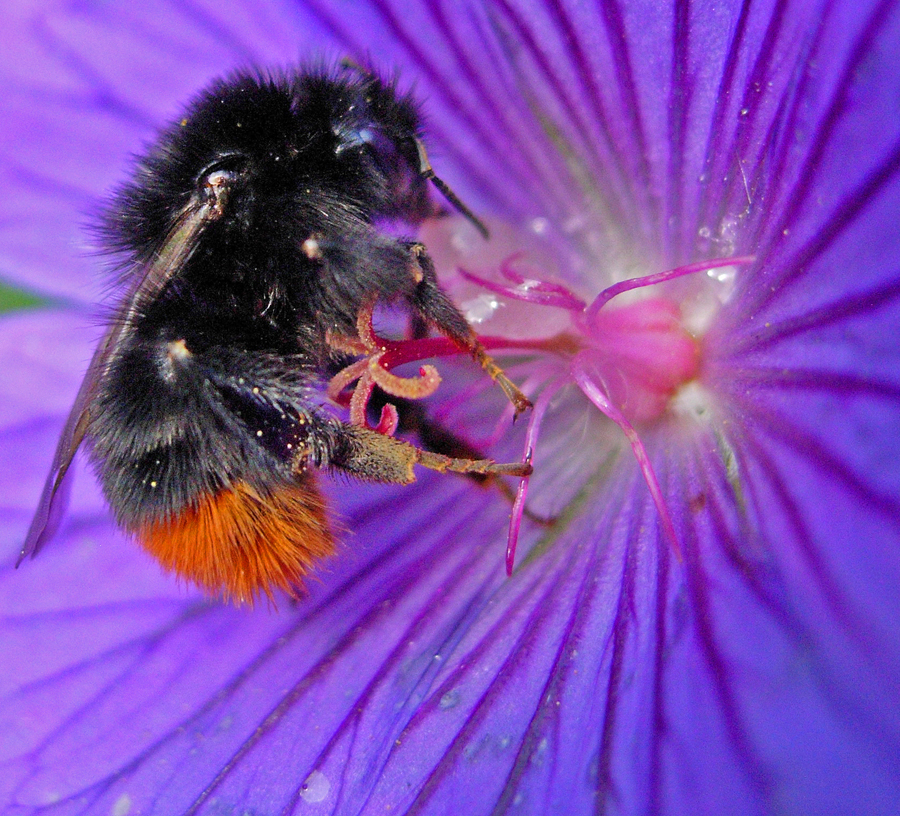 The Importance of Bees

Honey bees play a key role in the successful production of over 80 million tonnes of EU food produce each year – which equates to 160 kilos of food per EU citizen. The economic value of insects and other animals pollinating crops is estimated at US$216.5 billion.

Pollinators also contribute to the sustainable livelihoods of many farmers and beekeepers world-wide. Their declining numbers are affecting rural communities in developing countries. India’s huge decline in pollinator species is resulting in reductions in the yield of date palms, lemon, papaya and mangoes. Wild honey collection in the Kutch region fell from the usual 300 tonnes to just 50 tons in 2010, because of the fall in the number of honey bees. In Kenya, reports of low pollinator abundance and diversity have recently appeared, with crops such as passion fruit  showing deficiency of pollination.

Our Bee Declines and Pesticides FactSheets 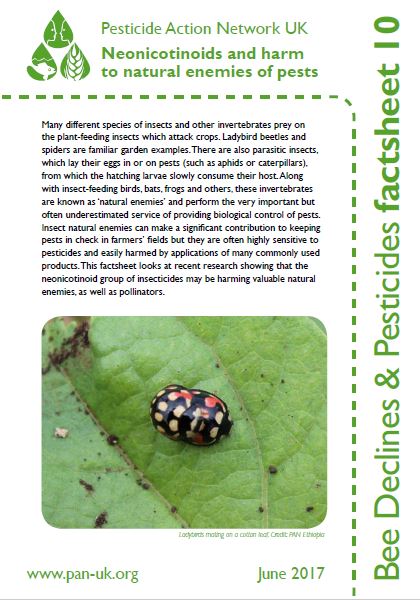 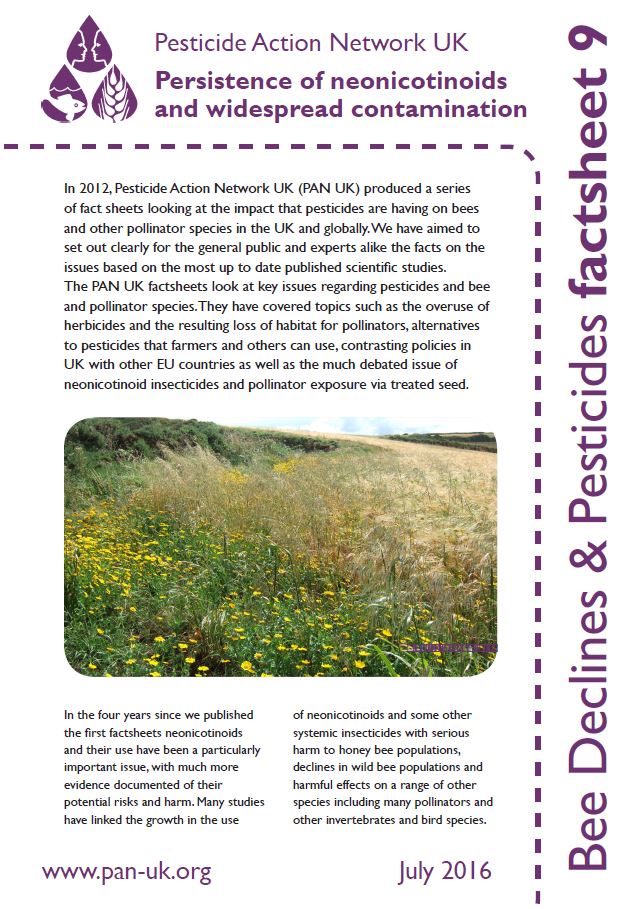 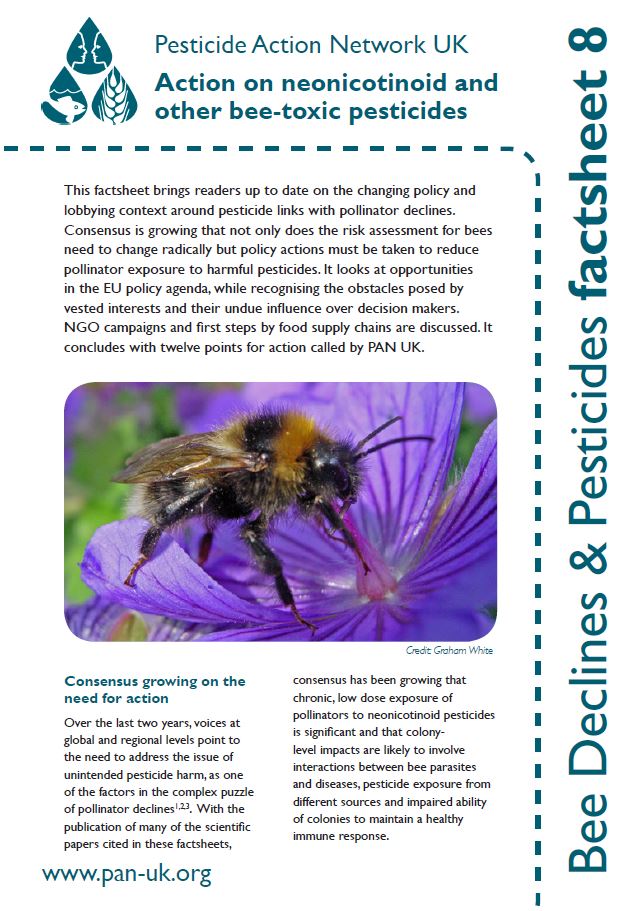 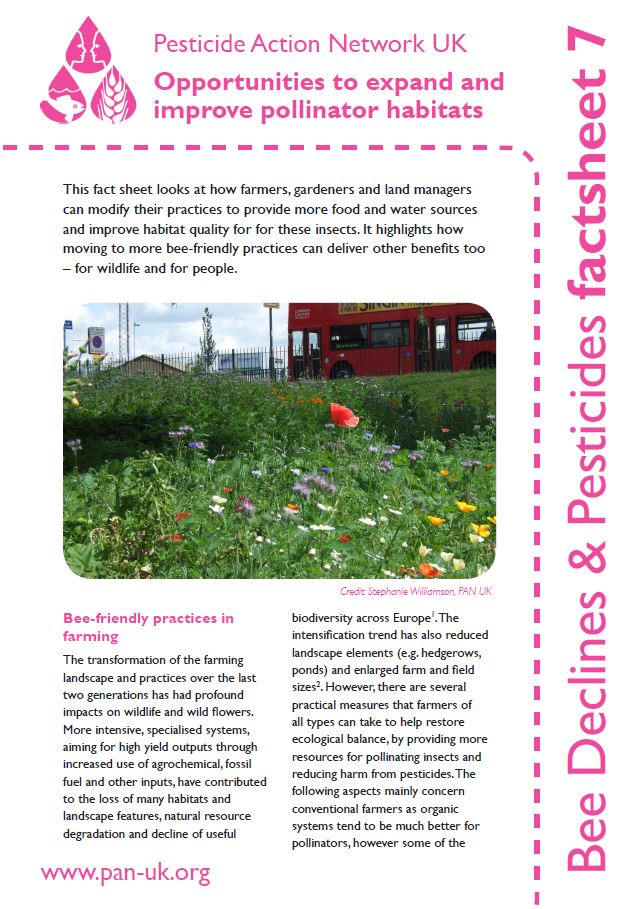 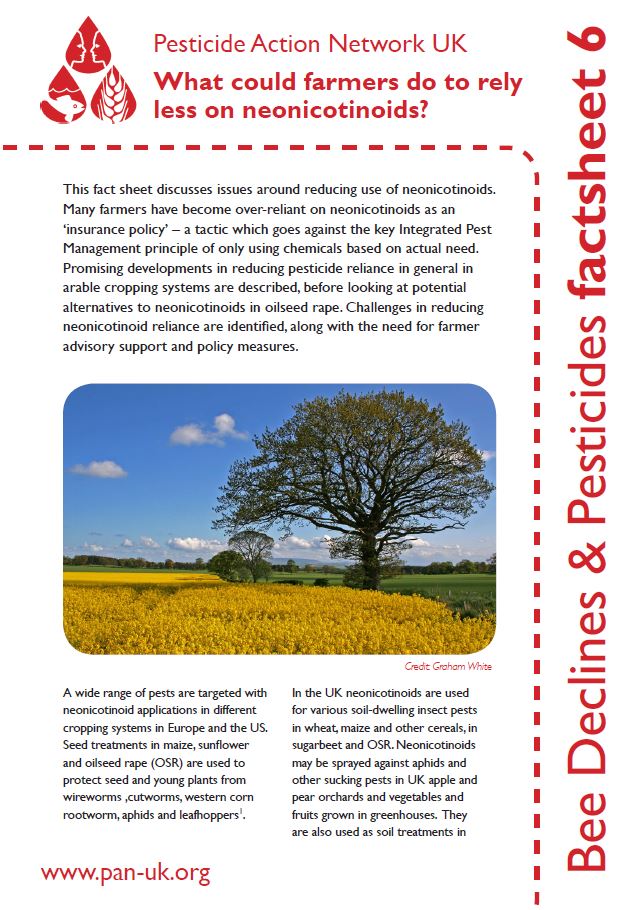 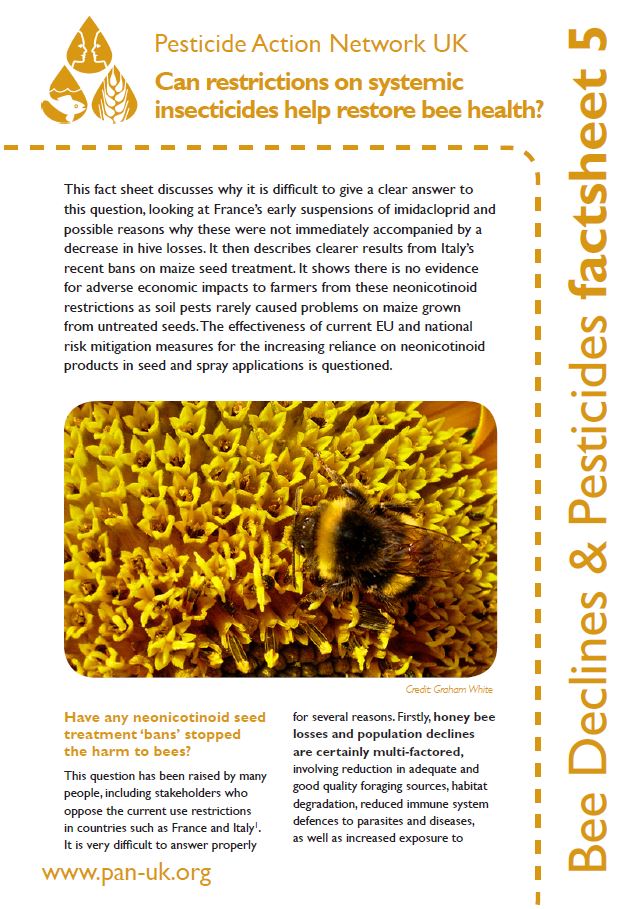 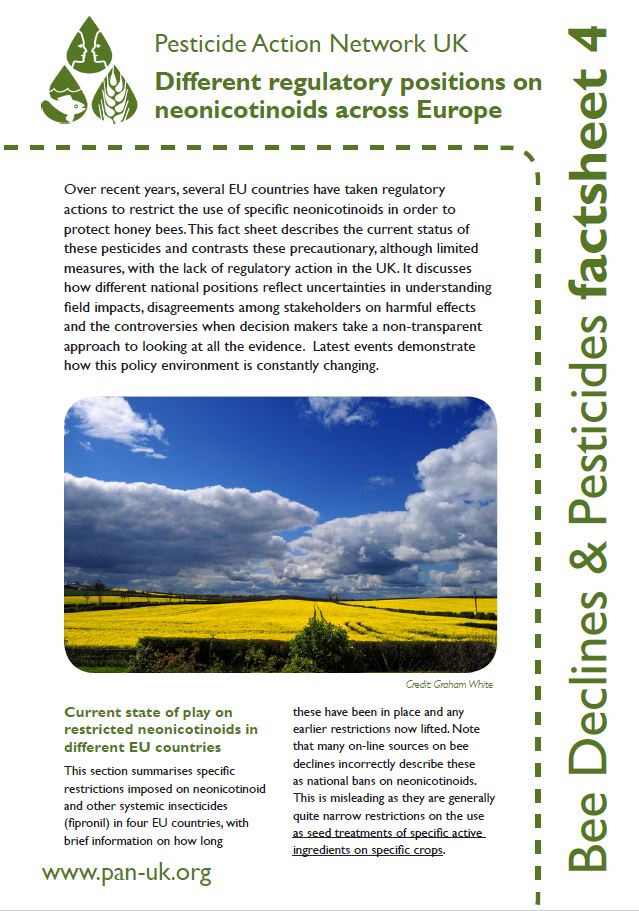 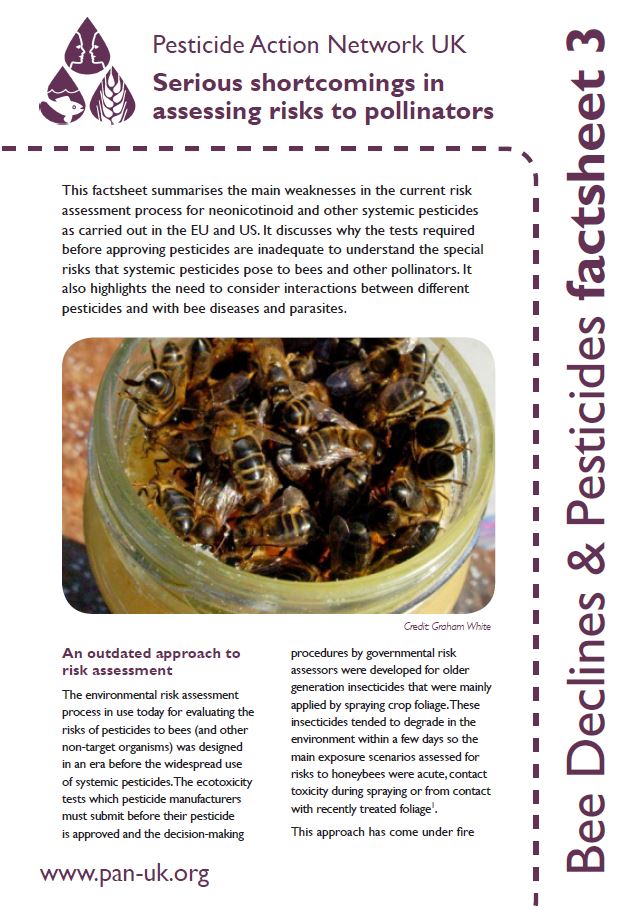 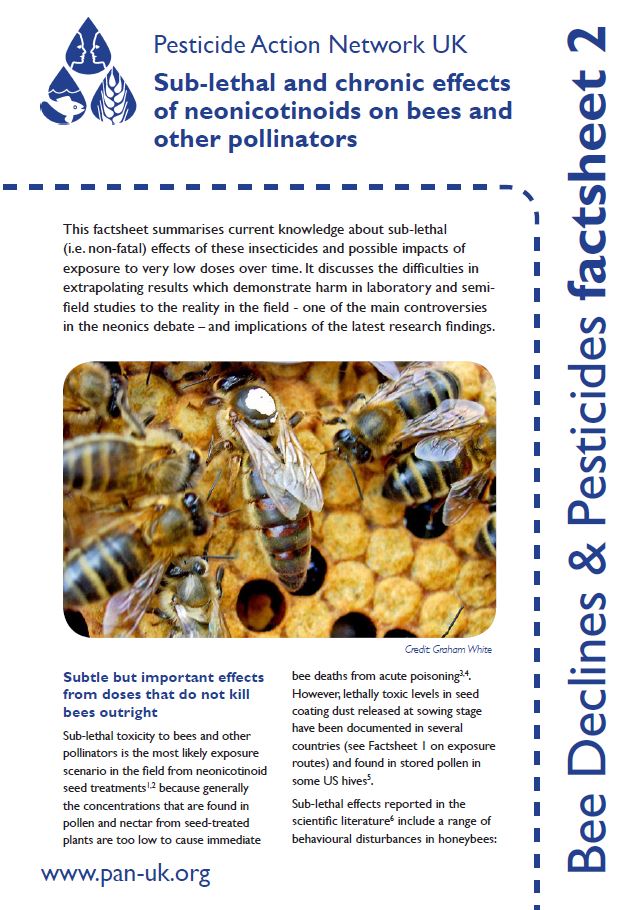 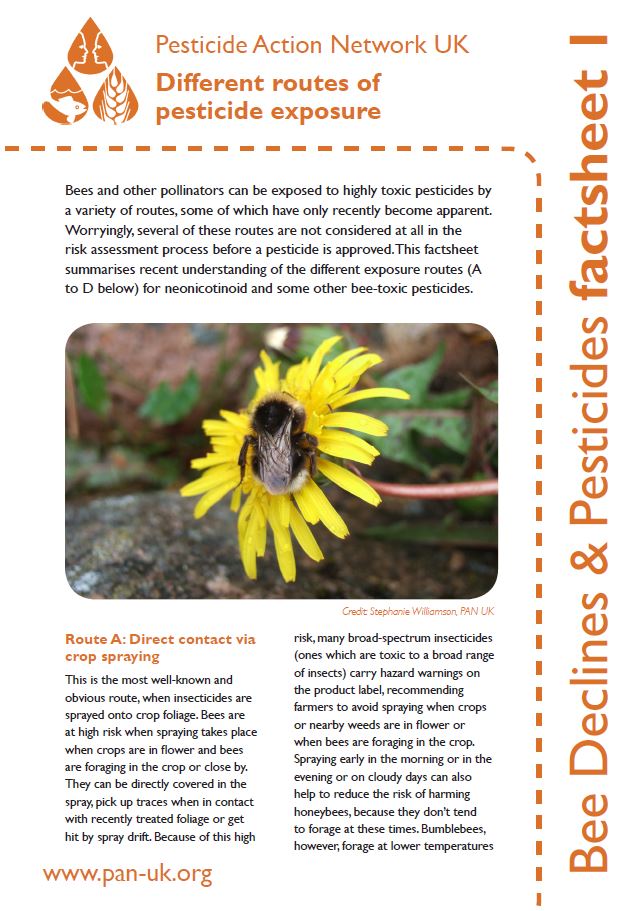 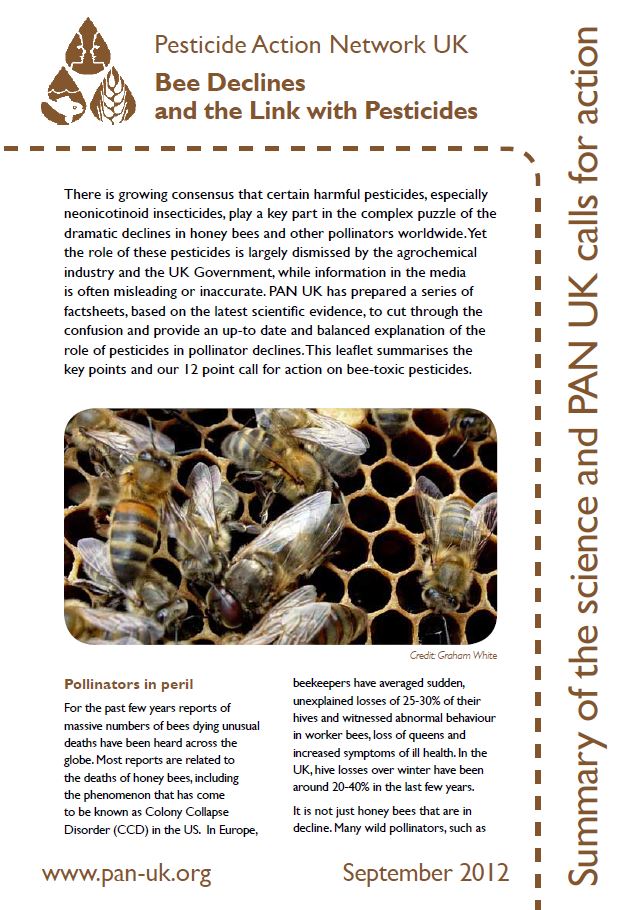 What is Happening to Our Bees?

In many countries, the most visible signs that bees are in trouble have been increased losses of managed honey bees, often with much lower than normal numbers of colonies surviving the winter. In North America, the term ‘colony collapse disorder’ has been applied to a phenomenon in which worker honey bees from a hive or bee colony abruptly disappear, leaving the queen, food stores and bee brood abandoned, but with no dead bees observed in the area.

Some authorities attribute the problem to pests and diseases infesting the hives, such as parasitic Varroa mites, the diseases caused by Nosema fungi and Israel acute paralysis virus. Other proposed causes include environmental change-related stresses, reduced and poor quality sources of pollen and nectar, pesticide contamination of food sources, poor beekeeping practices and the stress from migratory beekeeping. There is no single major cause and it is likely that several factors play a role, as well as interactions between them.

For wild bees and other pollinators, there is growing evidence that many populations are less healthy or abundant than in the past and that wild species may be much more vulnerable to pollution and to habitat and climate changes than managed bees.

The Role of Pesticides in Pollinator Declines

There are many factors that could be contributing to the loss of bees. However, there is no doubt that all over the world pesticides that are harmful to bees and other pollinators are being used in ever increasing amounts. In May 2008, the UK Pesticide Safety Directorate, now the Chemicals Regulation Directorate, analysed 286 pesticides used in the EU and identified 40 as being toxic to bees. Even the companies that make such pesticides do not deny their direct toxicity to bees, if sprayed or released into fields when bees are foraging or if high levels contaminate hive food sources.

What is less clear and therefore contested is the role of low level exposure to pesticides, especially those used in seed treatments. Beekeepers in the United States are unanimous in stating that pesticides are a big part of the problem. Many European beekeeping organisations hold similar views, as do many environmental NGOs, including PAN UK. The issue has been controversial among governments and public research institutes, with different national agencies and individual academics taking different views. Nevertheless, more researchers and policy makers now acknowledge pesticide use as one of the major drivers of pollinator declines.

PAN UK’s set of factsheets explores the links between bee declines and pesticides in more detail.

Find Out More About Neonicotinoids

Neonicotinoids are not the only group of pesticides that are adversely affecting bee populations in the UK and elsewhere. Herbicide usage and the growth of monoculture agriculture are reducing the amount and variety of foraging material for hungry bees.

A herbicide, commonly known as a weed killer, is a type of pesticide used to kill unwanted plants. Selective herbicides kill specific targets, while leaving the desired crop relatively unharmed. Some of these act by interfering with the growth of the weed and are often synthetic “imitations” of plant hormones. Herbicides used to clear waste ground, industrial sites, railways and railway embankments are non-selective and kill all plant material. Smaller quantities are used in forestry, pasture systems, and management of areas set aside as wildlife habitat.

Broad-spectrum herbicides threaten rare and endangered bird species by reducing the abundance of weeds (eaten by birds) and insects hosted by weeds. In recent decades, the use of herbicides has dramatically increased. Diversity of wild plants in agricultural fields and field margins is declining, especially in infertile grassland and hedge bottoms.