Although dozens of older generation, harmful pesticides, such as DDT, have now been banned or severely restricted, many hazardous substances remain in widespread use. In 2006, the UN organisations on Food and Agriculture and World Health drew attention to continuing problems of poisoning incidents and pesticide-related ill health and environmental harm, especially in developing countries. These problems were occurring despite government controls and agrochemical industry efforts to avoid risky practices and promote so-called ‘safe use’. In response, the UN policy makers called for concerted action on Highly Hazardous Pesticides (HHPs), including ways to reduce exposure and risks, as well as further bans.

PAN International warmly welcomed this initiative and in 2009 published its first List of Highly Hazardous Pesticides.  This includes pesticides classified by internationally recognised authorities under four types of hazard:

Exploring safer alternatives to HHPs and raising awareness about their technical and economic feasibility is an essential component of PAN UK work.

We promote organic farming methods and ecologically based methods for Integrated Pest Management (IPM), with a more recent focus on agroecological practices.

The phasing out of highly hazardous pesticides (HHPs) is possible. Replacing these pesticides with safer and sustainable alternatives can be done, technically and economically. Governments and supply chain actors can help put alternatives into practice. We use case studies to describe alternative methods for managing pests, crop diseases or weeds in coffee, cotton, horticulture and cereal production in tropical and temperate regions. 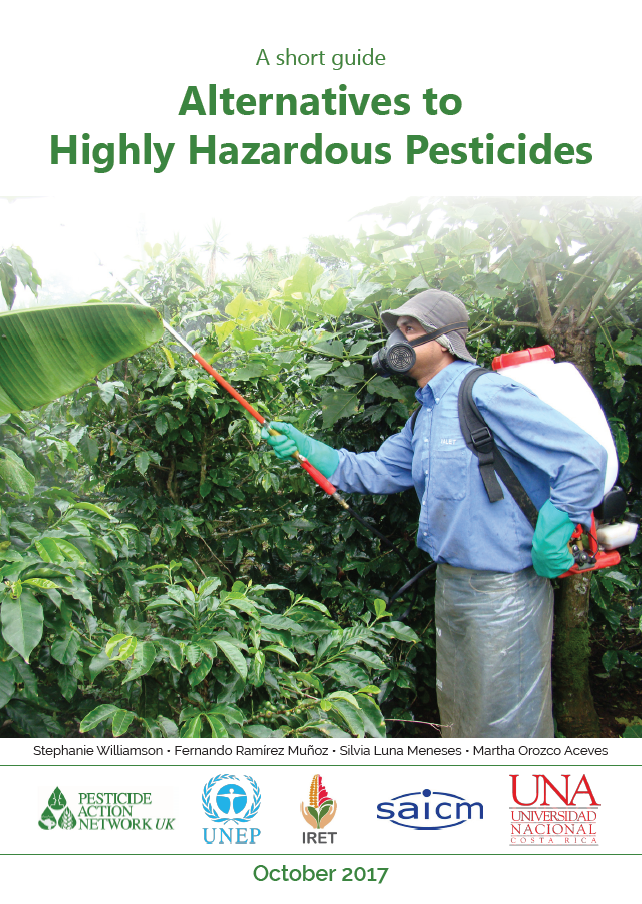