Impacts of pesticides on women and children

Physiological factors increase the vulnerability of women and children to harm from pesticide exposure. Breastfeeding and expectant mothers are particularly vulnerable.

These are substances that can have an effect on an unborn child. If an expectant mother is constantly and repeatedly in contact with this type of substance the foetus can be affected, with adverse effects manifesting any point during the lifespan of the child. These effects can include death of the foetus, structural abnormality, altered growth, and abnormal organ function.

These are substances which can induce adverse effects on sexual function and fertility in adults. The effects can include abnormal sexual behaviour, infertility and altered birth processes.

Children are more at risk from pesticides because they have higher exposure rates than adults and are more vulnerable to their effects.

Children absorb pesticides more easily through their skin. Not only is a child’s skin more permeable than an adult’s, but their skin surface area relative to body weight is also higher. This makes it easier to absorb higher rates of pesticides. In fact, infants will absorb around three times more pesticides than adults from similar exposure episodes.

Children take in more air, water and food relative to their body weight compared to adults. This increases their total exposure. For example, the breathing rate of a child in its first twelve years is roughly double that of an adult. As a result, the amount of airborne contaminants reaching the surface of the lung can be much higher.

Not only is exposure likely to be higher, but a child’s ability to cope with pesticide poisoning will differ from that of an adult. The systems that our bodies use to deal with toxins are less well developed in children and this can make them less able to cope with these substances than adults.

As they grow, children’s brains and bodies undergo complex changes that affect tissue growth and organ development. Incidents of exposure that would be tolerated by adults, can cause irreversible damage to unborn babies, infants and adolescents.

Impacts of pesticides on health
Pesticides in our towns and cities 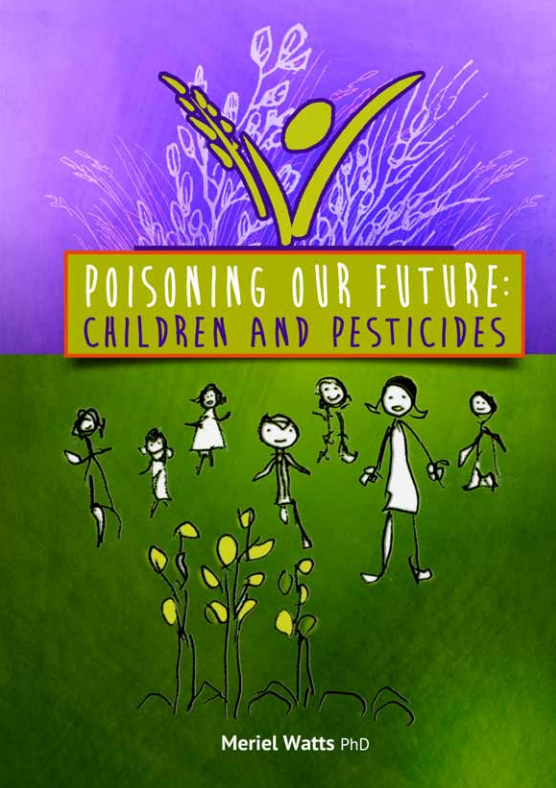 Read more about children and pesticides