In January 2018, the UK government launched A Green Future: Our 25 Year Plan to Improve the Environment (hereafter referred to as ‘the Plan’). The Plan lays out a range of goals and policies designed to ‘help the natural world regain and retain health’ and restates the government’s commitment to deliver a Green Brexit.

Ensuring that the UK adopts a strong pesticide regime post-Brexit is vital for reducing the environmental harms caused by agrochemicals. However, stringent pesticide regulations, and support for non-chemical alternatives, can also help to achieve many of the other goals and policies contained in the Plan. In contrast, failing to regulate pesticides effectively will undermine the achievement of the aspirations set out in the Plan and hold back its ability to deliver on many of its stated goals.

Please note: Chapter headings in this briefing refer to those in the 25 Year Environment Plan

As a replacement for the subsidies of the Common Agricultural Policy, the government plans to move to a system of paying farmers public money for public goods. The Plan states that the principal public good to receive public investment will be ‘environmental enhancement’ and land managers will be incentivised to restore and improve natural capital.

It’s vital that this new system provides subsidies and other types of support to farmers working hard to reduce their pesticide use and adopting truly sustainable alternatives. In order to help farmers transition away from pesticide-intensive agriculture, the government should fund additional research into non-chemical pest control methods and create a fast track system for authorising less hazardous pest management products, such as bio-pesticides.

Parts of the UK are just a few decades away from the fundamental eradication of soil fertility. Many of the chemicals used in pesticides are persistent soil contaminants whose impact may endure for decades.

In order to restore soil health, the UK should follow the example of countries such as France and Denmark by introducing a clear quantitative target for reducing overall pesticide use. This would drive a range of specific improvements to be implemented, and help to coordinate the activities of multiple stakeholders around a single purpose. It would also provide UK farmers with certainty as to the government’s direction of travel in terms of pesticide use, enabling them to make long-term decisions. 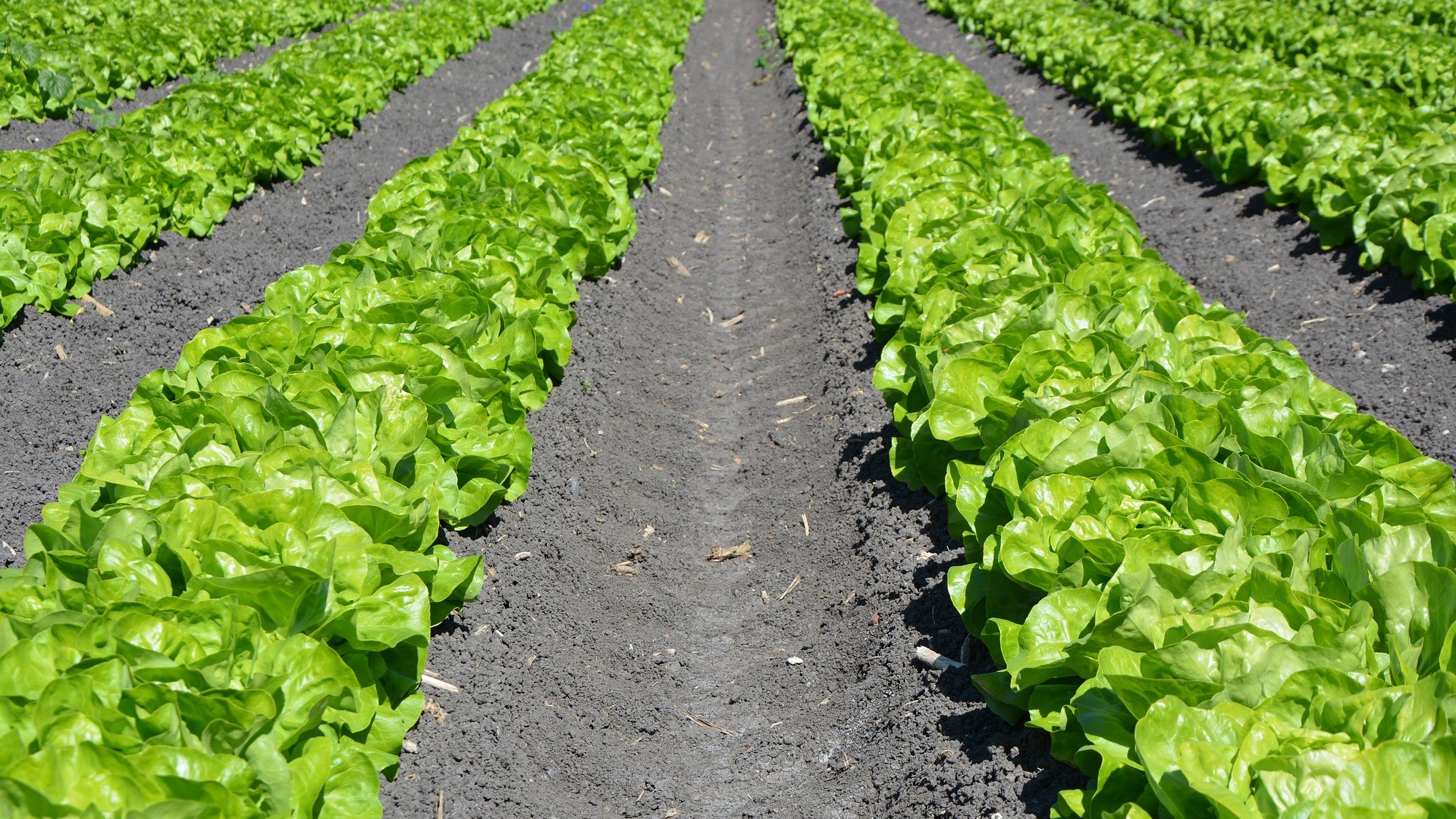 Chapter 2: Recovering nature and enhancing the beauty of landscapes

The Plan lays out the government’s intention to develop a strategy to tackle the dramatic loss in biodiversity which has seen the disappearance of 95% of the UK’s wildflower meadows and 48% of its farmland birds. Pesticides have a major impact on biodiversity, driving short-term toxic effects on directly exposed organisms, and long-term effects via changes to habitats and the food chain.

DEFRA chief scientific adviser Professor Ian Boyd recently highlighted that our regulatory system largely ignores the effects of dousing whole landscapes with chemicals and he recommended the introduction of regulations to monitor and control how pesticides affect the environment at a ‘landscape scale’. In order to tackle biodiversity loss we need to move towards this more holistic approach and establish a robust monitoring system for pesticide use based on frequency of application.

England has lost numerous native species while many others have been significantly depleted. The Plan lays out a number of ways in which the government will ‘provide opportunities for species recovery and reintroduction’. Given that pesticides played a significant role in the environmental problems that led to these species’ decline, their reintroduction will be short-lived unless we radically reduce the amount of toxic chemicals in our countryside.

Some pesticides, such as neonicotinoids, are particularly bad for wildlife and the natural environment but remain on the market regardless. Pesticides shown to pose any risk to the environment should not be authorised or granted re-approval where safe non-chemical methods are available. In order to ensure that environmentally-damaging pesticides aren’t placed on the market, the authorisations system must be made more transparent to enable independent scrutiny of toxicological data. In addition, the body that deals with authorisations should be separated from that which enforces pesticide regulations in order to remove the current in-built conflict of interest. 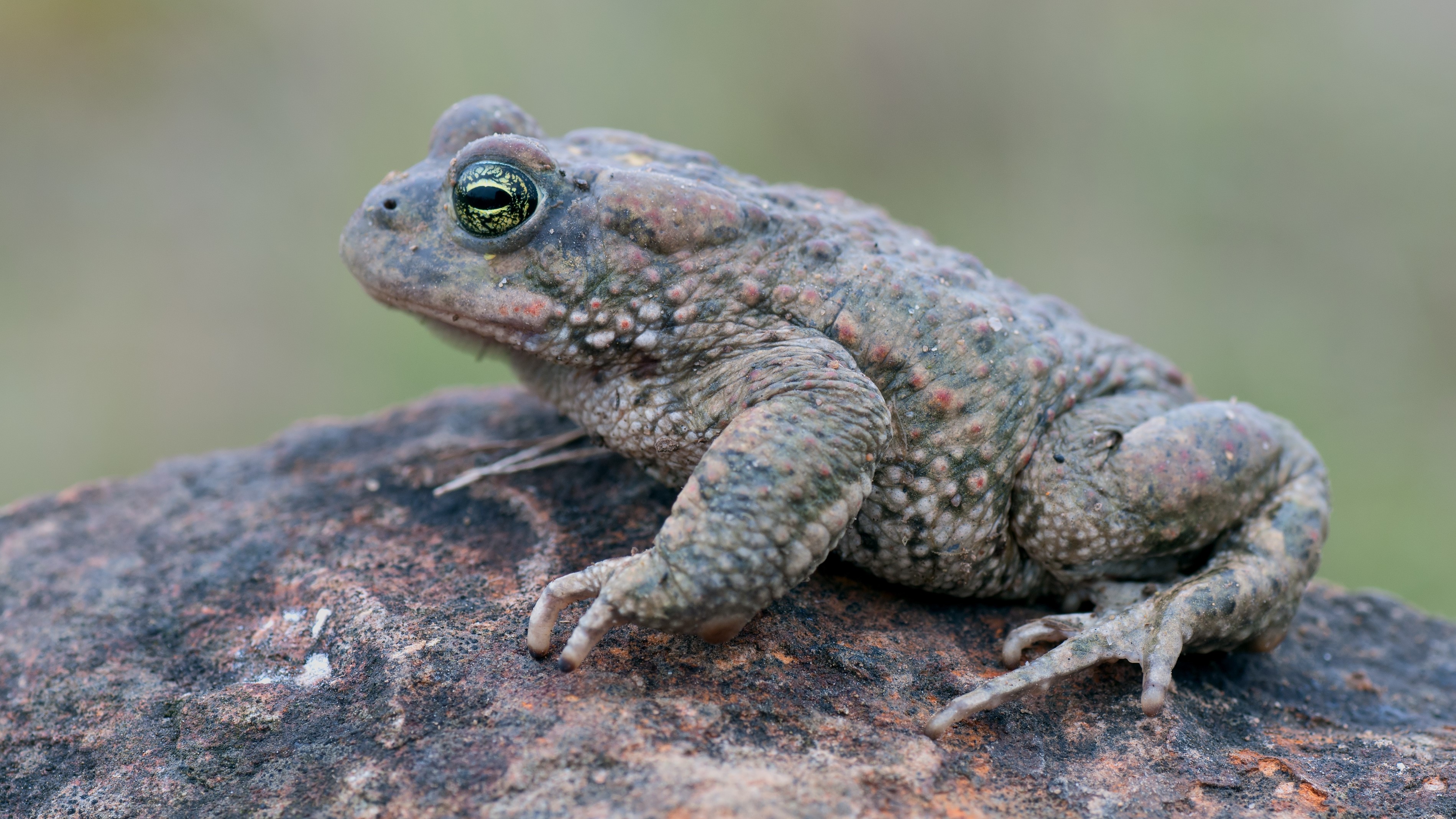 Chapter 3: Connecting people with the environment to improve health and well-being

Pesticides aren’t just used in agriculture. At last count, roughly 40 different active substances were being used in UK towns and cities, much of which are sprayed in green spaces such as parks and playing fields. The chemicals being applied include both carcinogens and suspected endocrine disruptors, resulting in potentially serious human health implications.

If spending time in green spaces is to provide the maximum human health benefits, then the government must eliminate harmful and unnecessary toxins from green spaces by banning, or at least severely restricting, urban pesticide use. There are effective non-chemical alternatives available and hundreds of towns and cities around the world, including some in the UK, have been doing it for decades proving that it can be done.

Encouraging children to be close to nature, in and out of school

Ending pesticide use in green spaces is particularly urgent for children, as confirmed by the January 2018 UNICEF report Understanding the Impacts of Pesticides on Children. Children spend more time in areas like parks and playgrounds and are more likely to sit, lie or play on the ground and come into contact with freshly applied pesticides. They also absorb pesticides more easily through their skin but their ability to deal with toxins is less developed than adults. Given that their bodies are still in development, exposure to pesticides can cause irreversible damage.

The Plan notes that regular contact with green spaces can have a beneficial impact on children’s physical and mental health, ignoring the fact that many urban areas in the UK are regularly sprayed with pesticides which are known to be harmful to children. We currently lack the systems to monitor how pesticide exposure is impacting the health of vulnerable groups such as children and pregnant women. Introducing a robust reporting system to track the impacts of pesticide use on the health of vulnerable groups will ensure that we aren’t unintentionally putting children in harm’s way. 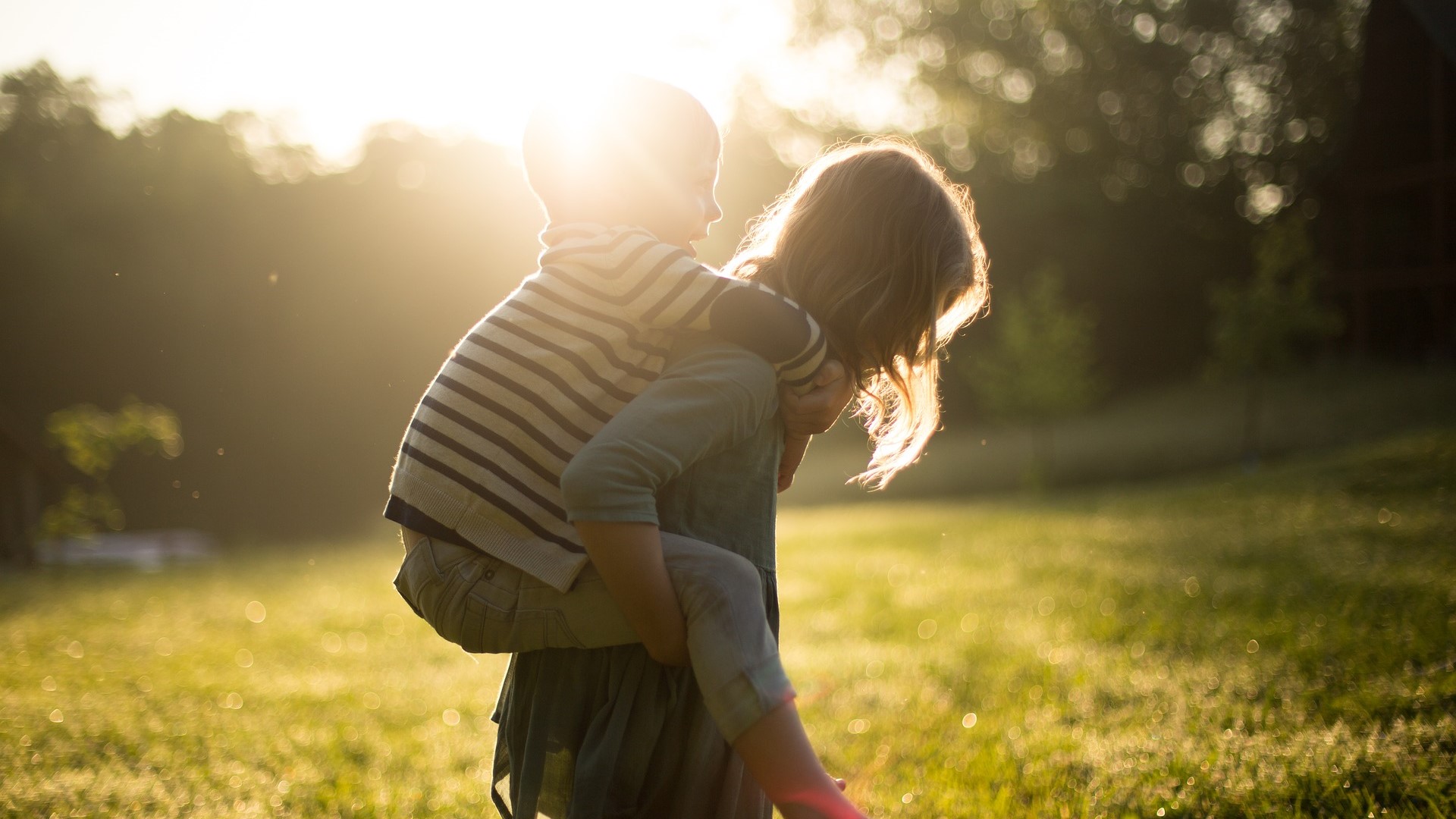 The Plan acknowledges that farming is now the most significant source of water pollution in the UK. Pesticides enter water sources by drifting outside of the spray area, leaching through the soil or being carried as runoff. They can now be found in UK ground water, streams, rivers and lakes and, in some cases, concentrations exceed those allowable for drinking water.

Stringent regulations are required to prevent pesticide use near water courses and to reduce overall use in order to decrease runoff. As a disincentive, we must introduce strong enforcement mechanisms which ensure that those responsible for polluting water with pesticides are required to pay for the clean-up. This is in-line with the government’s intention, stated in the Plan, to move towards a more effective application of the ‘polluter pays’ principle.

We urgently need to reduce the environmental footprint of the UK’s food chain and pesticide regulations have a key role to play. Incentivising good agricultural practice will be vital but it’s also important to disincentivise high pesticide usage.

The Plan acknowledges the huge role that the ‘landfill tax’ has played in reducing the amount of dumped waste. Similarly, the introduction of a Pesticide Tax would go a long way to reducing usage. The money raised could be used to support farmers to switch to sustainable, non-chemical alternatives. This solution would also help to redress the current imbalance whereby produce grown in a sustainable way is only accessible to higher earners. 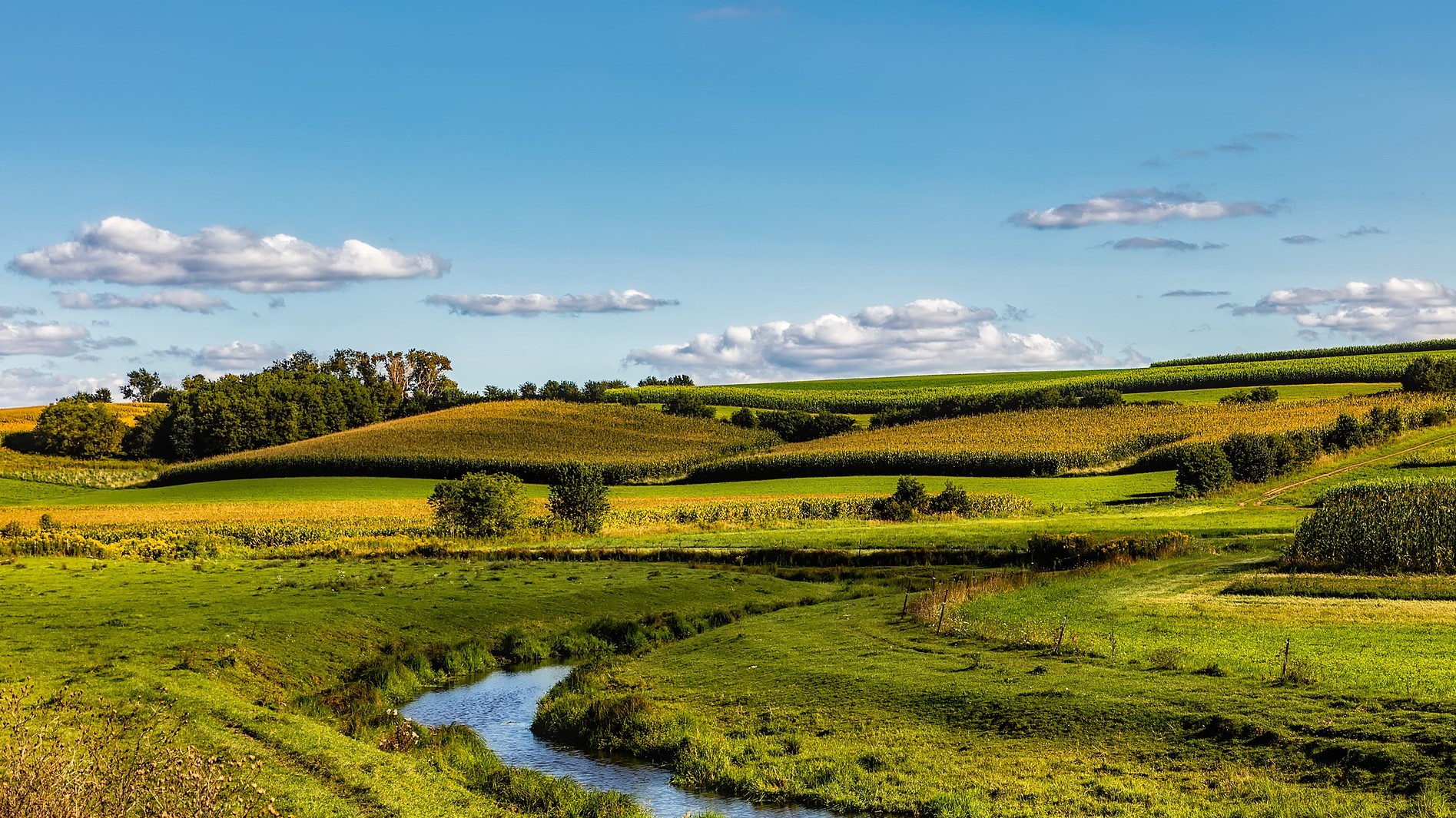 Placing environmental sustainability at the heart of global trade

Trade agreements have the potential to undermine many of the aspirations laid out in the Plan, and also pose a serious threat to existing pesticide standards and regulations. Under the EU, the UK has a ‘hazard-based approach’ to pesticide regulation which means that if an active substance is found to be intrinsically dangerous – for example carcinogenic – then its use will be banned. However, many other countries take a ‘risk-based approach’ which assumes that risks can be managed. As a result, toxic substances might still be permitted if the risk associated with them is assessed to be low or manageable. The outcomes of these two approaches are very different. For example, based on figures from 2017, the total number of active substances that can be legally used in the US under its risk-based system is almost three times higher than the EU allows (roughly 1,430 vs 486).

In order to ensure that the UK’s trade agreements don’t undermine environmental protections, it’s vital that the UK maintains a hazard-based approach to pesticide authorisations and ensures that pesticides banned in the EU because of concerns over their safety aren’t able to enter the UK via imported produce.

1 Definition from page 16 of the Plan: The term “green space” is used in a broad sense in this document, and includes a range of environments known as “green infrastructure”, including parks, playing fields, woodland, street trees, rights of way, allotments, canal towpaths, green walls and roofs. 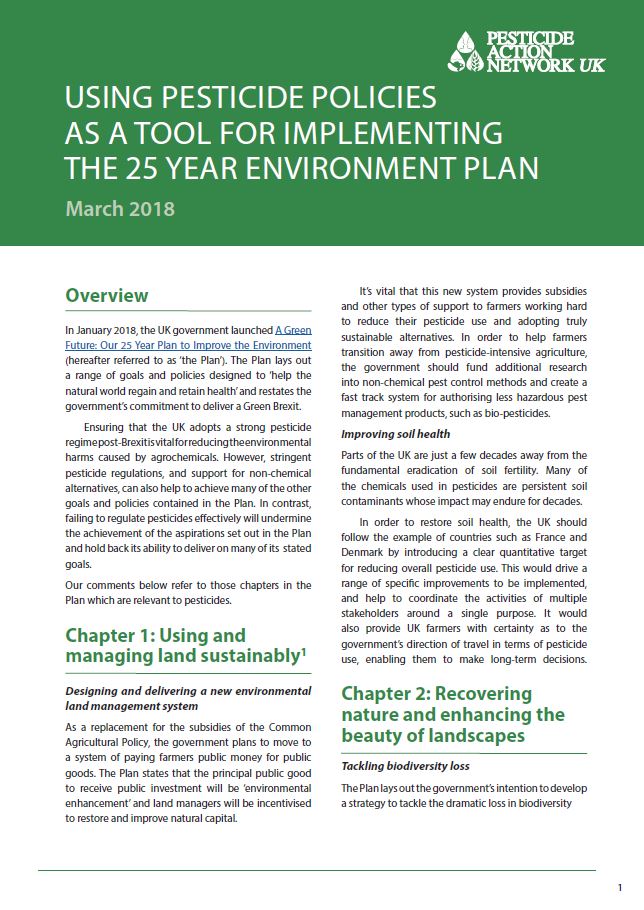