HHPs and the International Code of Conduct on Pesticide Management 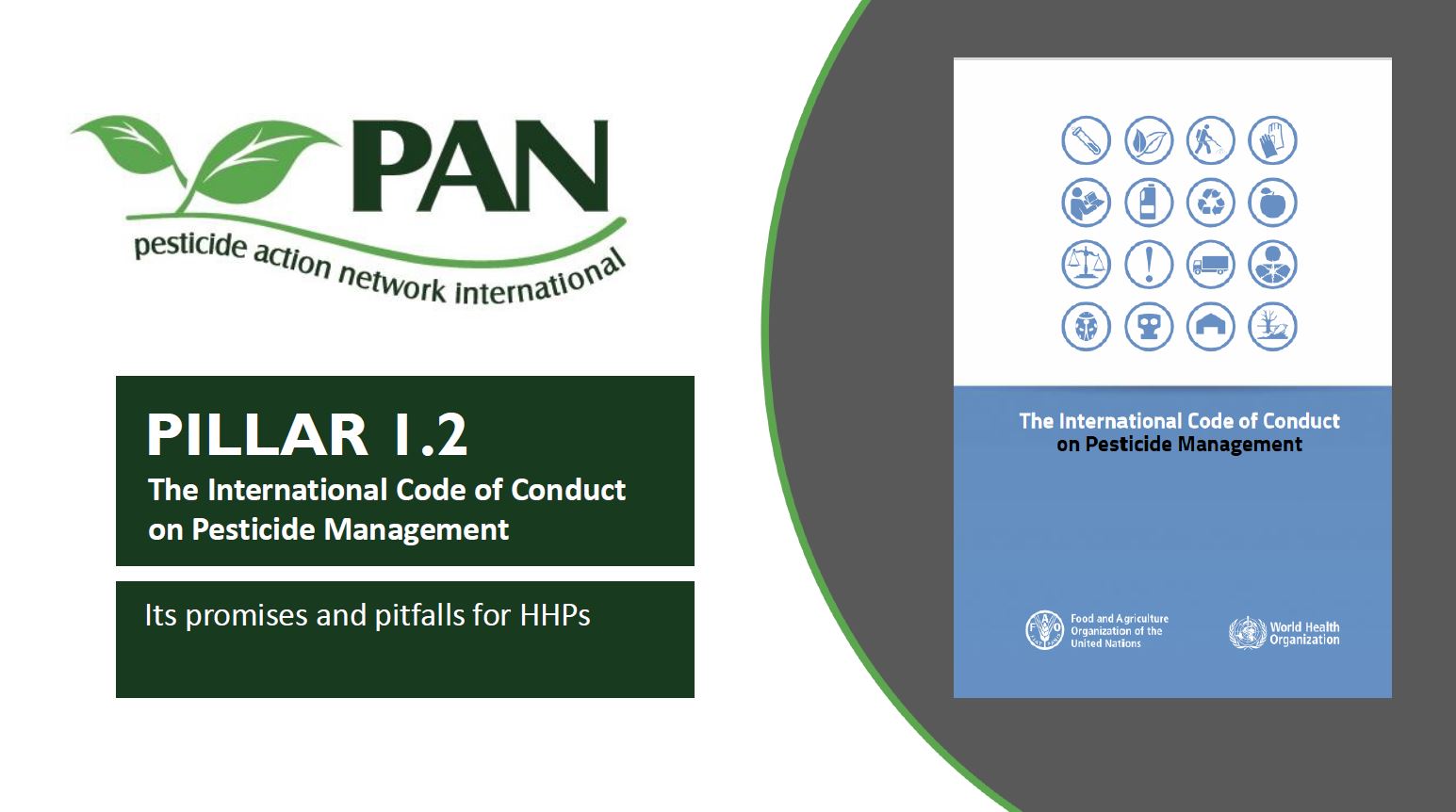 The International Code of Conduct on Pesticide Management (the Code) is a voluntary standard on the life-cycle management of pesticides, administered by FAO and WHO.

The Joint Meeting on Pesticide Management (JMPM) is the body of experts nominated by FAO and WHO to advise on implementation of the Code and to develop guidelines and guidance documents to assist with implementation. A small number of pesticide industry and NGO participants are accredited as observers to the process. The JMPM has no powers, it has a purely advisory role.

In 1982, David Bull, one of the original PAN champions published a book called A Growing Problem: Pesticides and the Third World Poor, in which he detailed the scale of health and environmental problems in developing countries caused by pesticides. It stressed the urgency of carrying out effective action to counter the widespread ill-health and environmental distress being caused by pesticides. At that time many developing countries had no plant protection legislation. David and other PAN activists urged the FAO to produce a model code of practice on international trade in pesticides and pesticide use. They pressed governments to adopt appropriate pesticide legislation with effective implementation and monitoring. Legislation and good regulatory standards were seen as the first step to counter pesticide problems. 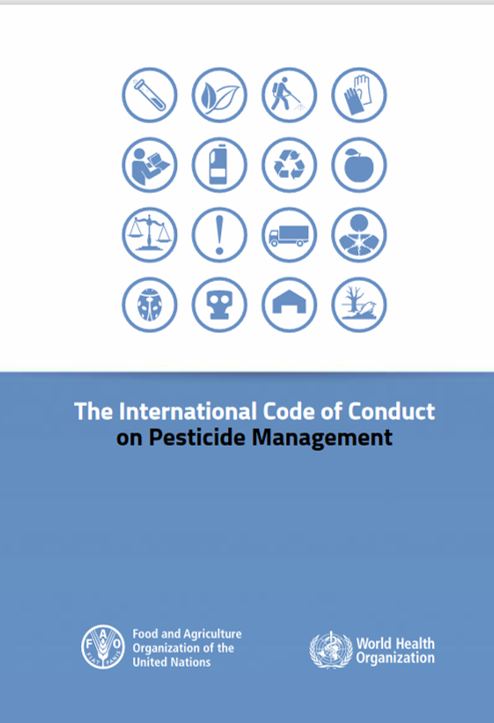 Many government representatives believed that the “safe use” of hazardous pesticides would be possible if all countries passed legislation on safety standards and practices and took care that it was followed by those distributing, handling, applying or disposing of pesticides.

But national legislation on ‘safe use’ proved to be difficult to target and implement and failed to address the many barriers to so-called ‘safe use’ faced by millions of farmers. To overcome the increasingly dramatic impacts and legacies of chemical-intensive pest management in developing countries, government representatives and experts called for global standards to assist implementation.

Widespread doubts emerged about whether “safe use” of highly hazardous pesticides was even possible in low and middle income countries and many other contexts. The term was dropped from the 2002 revision of the International Code of Conduct on the Distribution and Use of Pesticides. The revised Code began to address the importance of reducing and eliminating pesticide hazards. It recognised that major weaknesses in pesticide management still existed, stating that:

“there are still major weaknesses in certain aspects of pesticide management, predominantly in developing countries. For instance, national pesticide legislation is not widely enforced due to lack of technical expertise and resources, highly hazardous or sub-standard pesticide formulations are still widely sold; and end-users are often insufficiently trained and protected to ensure that pesticides can be handled with minimum risk.“ [PAN Germany]

And even where recommended personal protective equipment (PPE) is available and affordable, it is often impractical to wear for extended periods in hot climates. 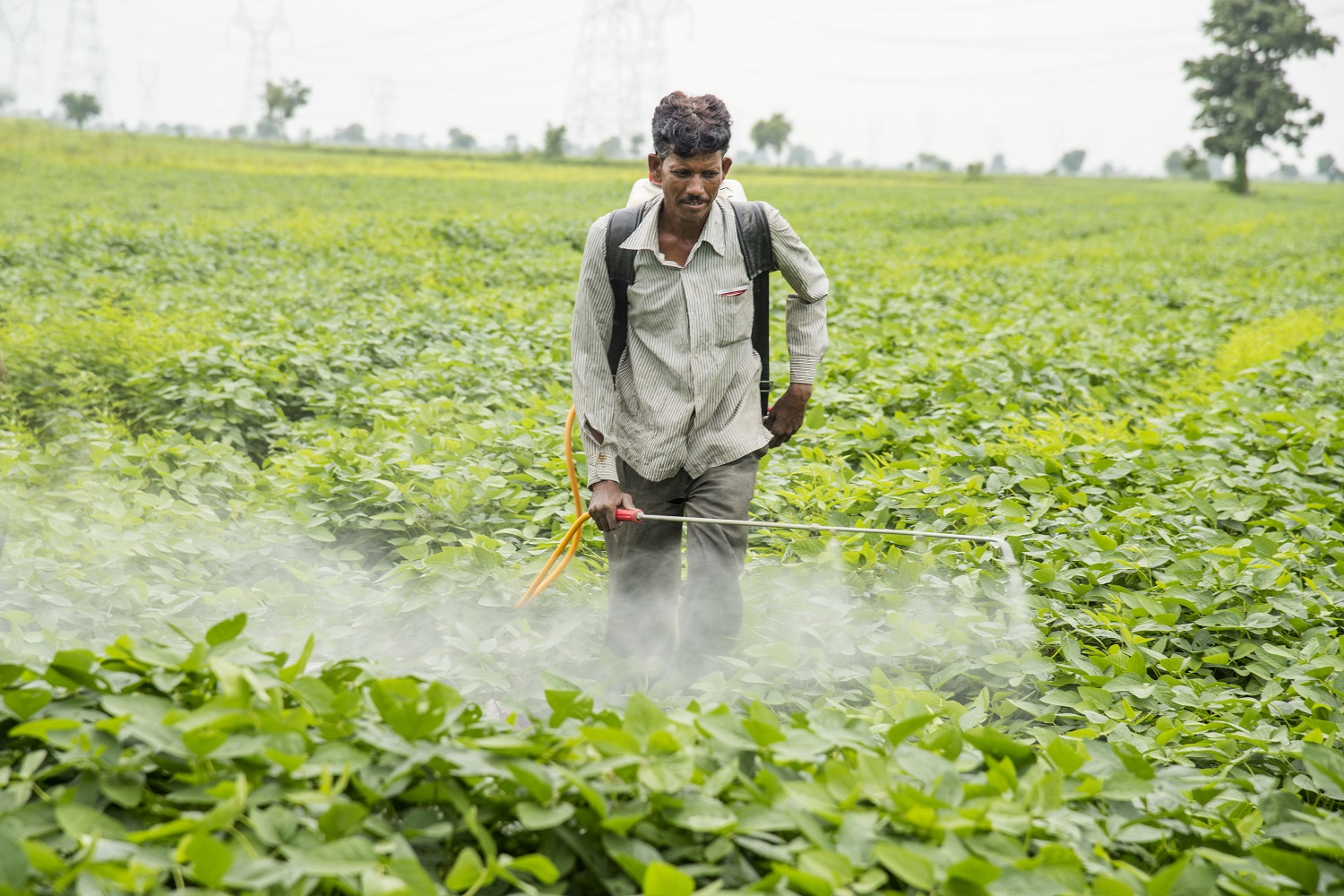 The Code – Standard of Conduct

The Code establishes voluntary standards of conduct for all public and private ‘entities associated with pesticide management, particularly where there is inadequate or no national legislation to regulate pesticides. It is structured around different stages in the lifecycle of a pesticide, from production through to distribution, use and disposal. Within each stage, the Code describes the responsibilities of different entities – government, industry, NGOs and other interested entities.

The standards of conduct set out in the Code are:

Articles of the Code – examples

Article 3.6  is one of the articles most relevant to HHPs:

Pesticides whose handling and application require the use of personal protective equipment that is uncomfortable, expensive or not readily available should be avoided, especially in the case of small-scale users and farm workers in hot climates. 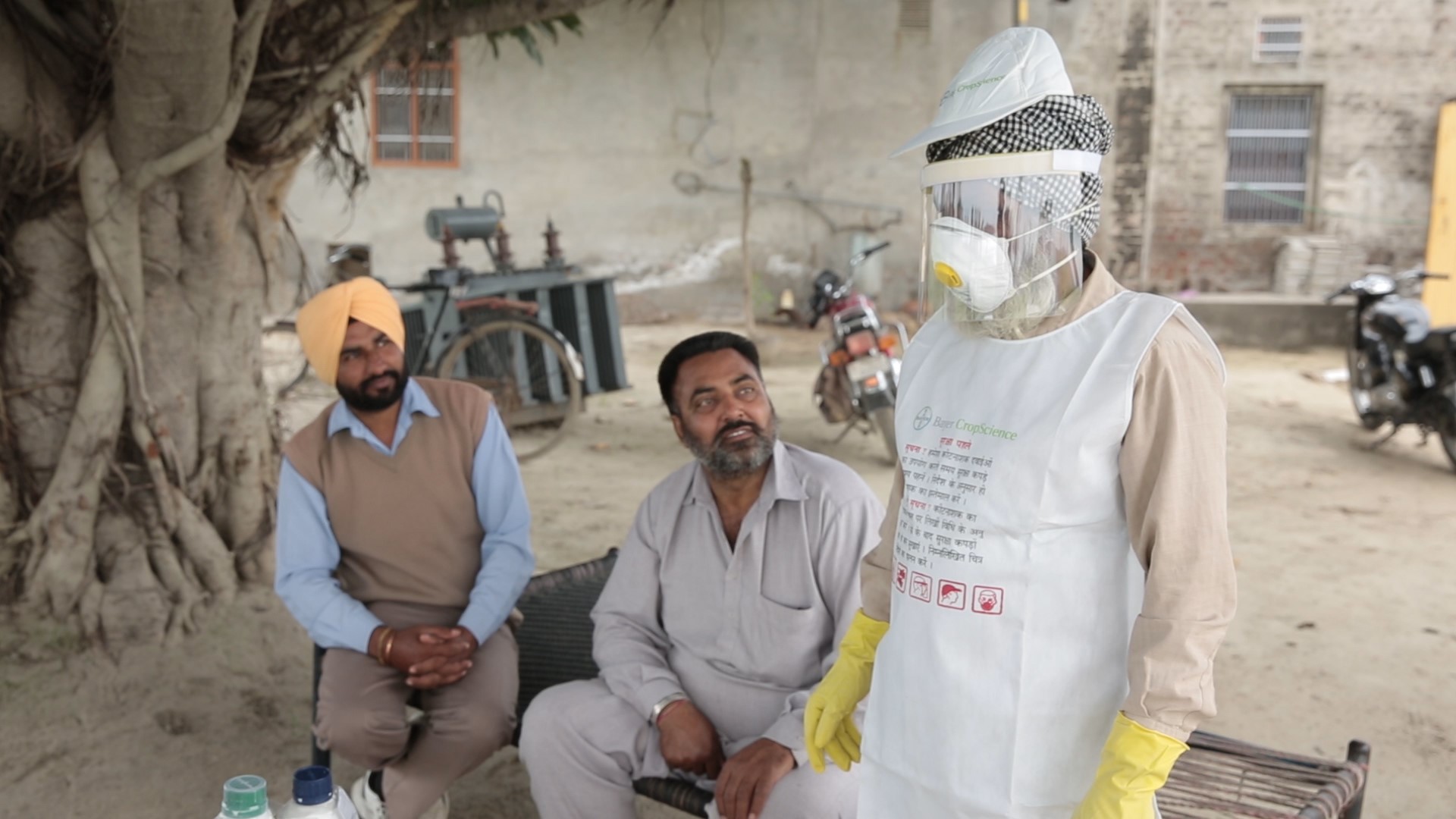 Appropriate PPE being demonstrated to farmers in India by Bayer CropScience (ECCHR, 2015) 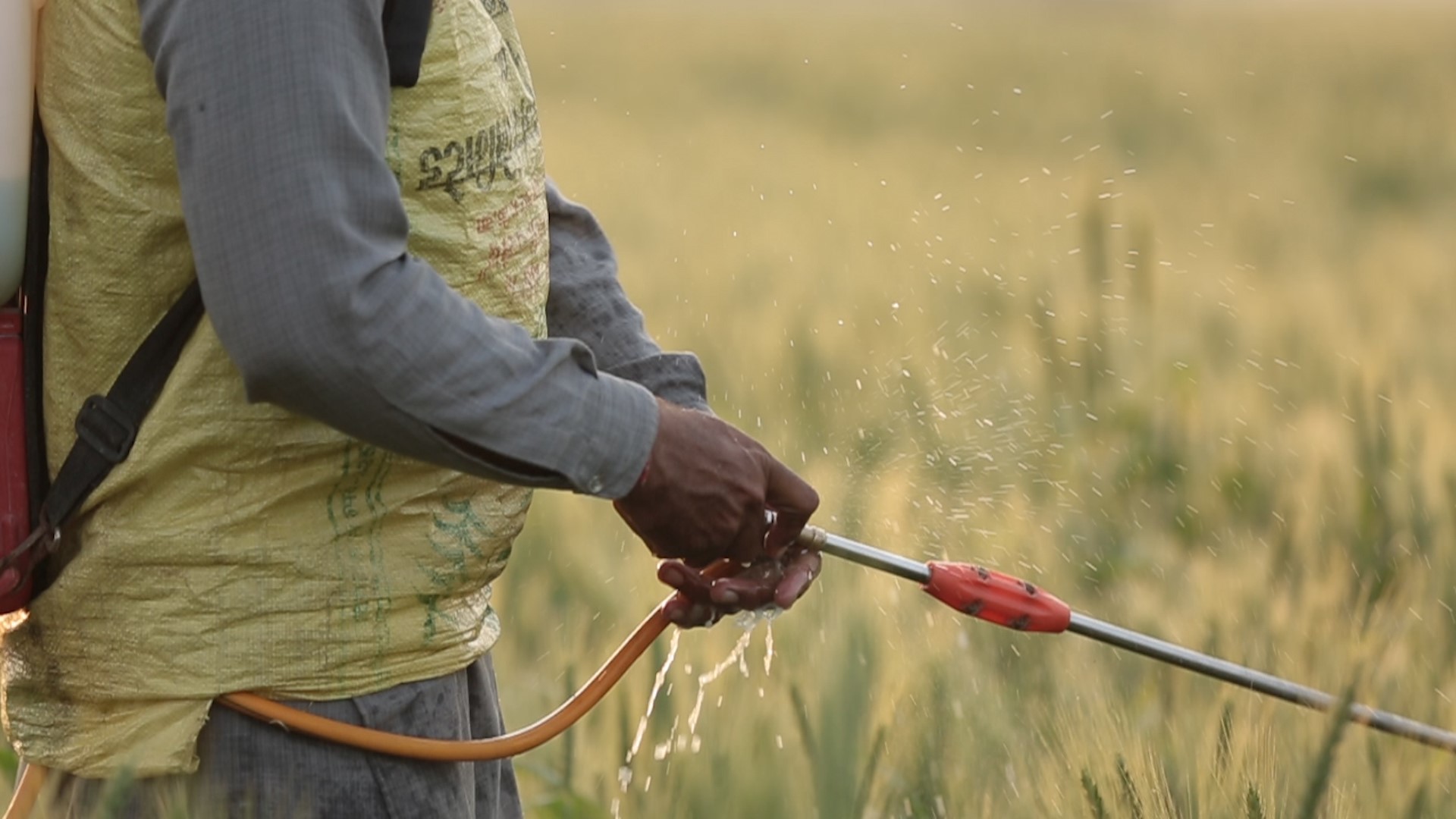 What is more commonly worn in India: an old fertiliser sack with no gloves and a leaking knapsack sprayer (ECCHR, 2015)

5.2.5 [Pesticide industry should] halt sale and recall products as soon as possible when handling or use pose an unacceptable risk under any use directions or restrictions and notify the government;

And the pesticide industry should:

Article 7 – Availability and use of pesticides

This article includes the only specific direction on HHPs, and that is simply to allow them to be banned as a last resort:

7.5 Prohibition of the importation, distribution, sale and purchase of highly hazardous pesticides may be considered if, based on risk assessment, risk mitigation measures or good marketing practices are insufficient to ensure that the product can be handled without unacceptable risk to humans and the environment.

Includes the directions to governments to establish and strengthen networks for information exchange on IPM and IVM; and should develop:

9.2.1 legislation that permits public access to information about pesticide risks and the regulatory process….

9.2.2  … transparency and facilitate the participation of the public in the regulatory process…

This is a very important article, including that all pesticide containers should be clearly labelled, in the appropriate language,  including warnings against re-use of containers, with packaging or repackaging carried out only on licensed premises, a prohibition on decanting “into food, beverage, animal feed or other inappropriate containers and rigidly enforced punitive measures”.  And:

10.7 Pesticide industry should, with multilateral cooperation, assist in disposing of any banned or obsolete pesticides and of used containers, in an environmentally sound manner. 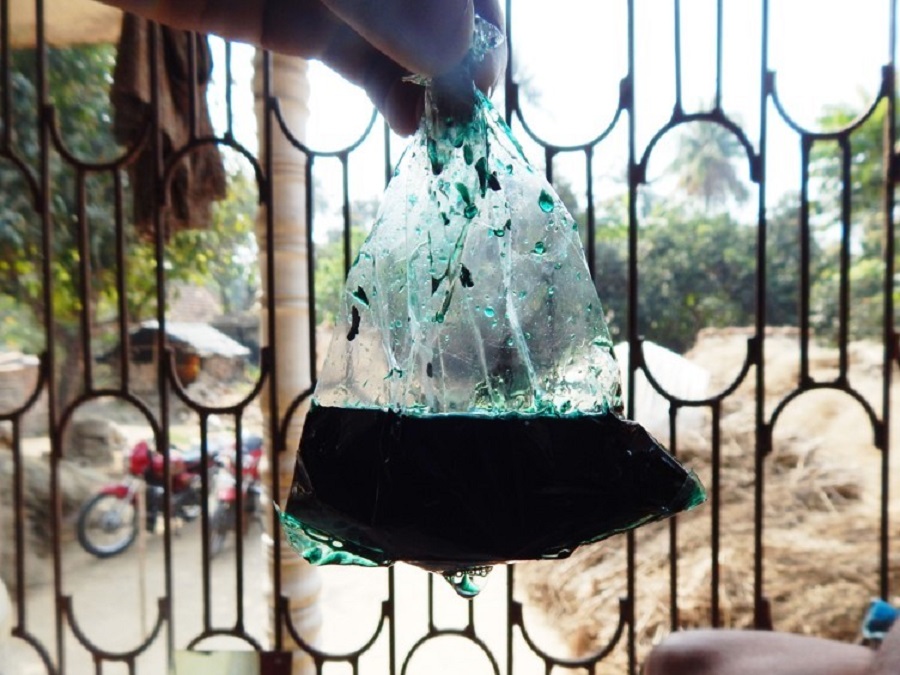 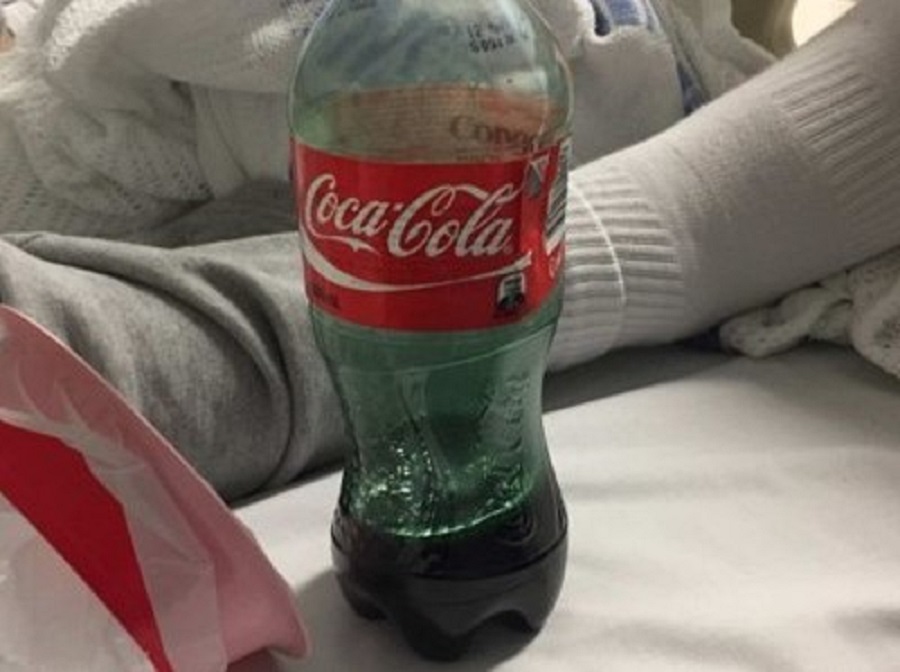 Analysis of the Code

The Code has some very good provisions, particularly around registration, packaging, labelling, advertising, etc; but also, some major flaws, including the following.

There is no mechanism or process for addressing non-compliance.

Promotion of pesticide use

1.7.4 ensure that pesticides are used effectively and efficiently and in a manner that contributes to the sustainable improvement of agriculture, public and animal health and the environment

This is in fact contrary to some of the Guidelines developed to assist implementation of the Code such as the Guideline on HHPs which states that the first step is to reduce reliance on pesticides by determining “to what extent current levels of pesticide use are actually needed and eliminate unjustified pesticide use”; and to “make optimum use of non-chemical pest management practices”.

It is also contrary to the SAICM Dubai Declaration which declared that:

6. The need to take concerted action is accentuated by a wide range of chemical safety concerns at the international level, including … dependency on pesticides in agriculture

IPM as the only alternative

The standards of conduct set out in the Code:

The problem with this is that the Code specifically does not support organic agriculture or agroecology, although it does mention “non-chemical pesticides and pest control methods at Article 3.10. This is despite FAO itself supporting agroecology, as does the SAICM resolution discussed in the first session.

The Code of Conduct contains some very useful provisions that have helped many countries but the fact that it is voluntary, and therefore lacks a compliance mechanism, severely undermines its potential to the extent that it has failed to achieve the protection of human health and the environment from pesticide harm as intended.

PAN has always supported the Code, in fact fought hard to get it established and has long used it to monitor activities of governments and industry relating to pesticides in our efforts to protect communities. In our view the time has come for a major revision to:

It is time for the Code to move on from its voluntary nature and become binding on governments and industry so that its potential can be truly realised.