Over the past few years, plans have been afoot for the world’s largest chemical companies to merge into giant, new mega-corporations. Among the markets they seek to control, through these manoeuvres, is the supply of food where sterile crops grown in barren landscapes will be soaked in their toxic pesticides. 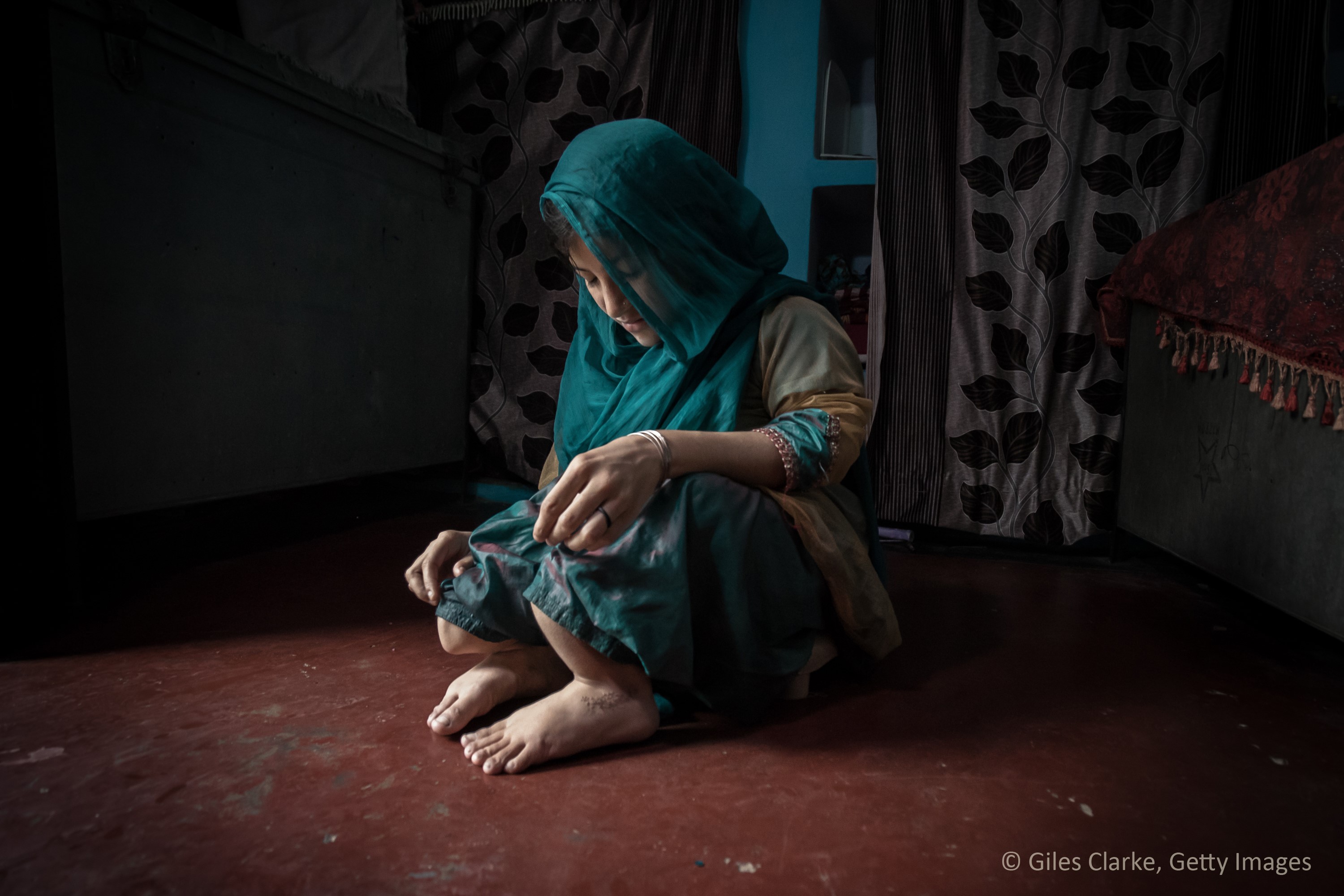 Asna, 19 years old, at home in the Nawab Colony neighborhood. Asna was born to parents contaminated by a carcinogenic and mutagenic water supply in Bhopal, India. Photo by Giles Clarke.

At the end of August 2017, Dow Chemical merged with DuPont to create one of these hideous juggernauts and the world’s largest chemical company was formed. To receive regulatory approval for the merger, both companies were required to divest certain items within their respective portfolios – crop protection, in the case of DuPont and ethylene acrylic acid copolymers and ionomers for Dow- but only to satisfy ‘anti-trust’ issues with regard to competition within their markets. Approval for the merger was thus granted in spite of accusations that the companies had not been open about vast liabilities connected with their respective contamination legacies.1

After announcing the merger, both companies were accused of withholding critical information from shareholders regarding Bhopal Disaster related liabilities pending against Dow subsidiary Union Carbide. But, unresolved claims in the forthcoming ‘curative’ civil petition alone, aiming to address inadequacies within a controversial 1989 civil settlement of the disaster2, amount to several billion dollars over Carbide’s total book value. In addition, the outstanding criminal manslaughter case has the potential for fines and penalties with no upper limit and Dow has been summoned on five occasions to explain why Union Carbide has never attended court to face the charges.3

In the case of DuPont, C8 (or PFOA), a toxin used in the manufacture of Teflon remains a major issue despite DuPont making a $670.7 million offer, pre-merger, to settle C8 lawsuits connected with contamination emanating from its Washington Works plant in West Virginia. This settlement, if agreed, would include three cases previously tried in a federal court which each received awards running in to the millions of dollars. This makes the $670m proposed settlement look an extremely paltry amount given the 3,500 cases in the class action seeking damages.

Elsewhere, there are known to be serious issues with C-8 contamination around the US, as well as in the Netherlands, Korea, Australia and other countries. In fact, C8 contaminates every continent and country on the globe, and has been detected in the Pacific Ocean and other bodies of water4, where the largest concentrations are in the top surface levels.

Worse still, recently emerging stories suggest that, once DuPont finished using C-8, it moved on to another toxic chemical, known as GenX, and continued dumping it in rivers.5 Little data exists on the health effects of GenX, but scientists who have reviewed the few studies available say it may pose many of the same risks as C8.6

After the Dow Dupont merger, the new company will be split into three and there is real concern as to where the Bhopal and C8 liabilities will lie. In so far as Dow and Bhopal is concerned, Dow has contrived to maintain a corporate veil between itself and Union Carbide as its chief protection from Carbide’s liabilities- although even that has come into question after the Chief Judicial Magistrate in Bhopal summonsed Dow Directly. But, there has been no statement from Dow as to what form Union Carbide may take, nor where it may sit among the three new entities, and this would only seem to suggest further complication before Union Carbide is ever held to account for its actions.

Despite being omitted from all regulatory merger filings, the Bhopal legacy remains an acute source of concern for DowDuPont stockholders, who last month submitted three separate shareholder resolutions seeking transparency on Bhopal. Filed for inclusion upon the ballot of the company’s inaugural AGM in spring 2018, the resolutions challenge management on non-disclosure of legal risks from pending Bhopal liabilities and request that management provide objective metrics and analysis describing the legal and reputational impacts of Bhopal upon investment in India, whose chemical sector is predicted to be worth $403 billion by 2025. 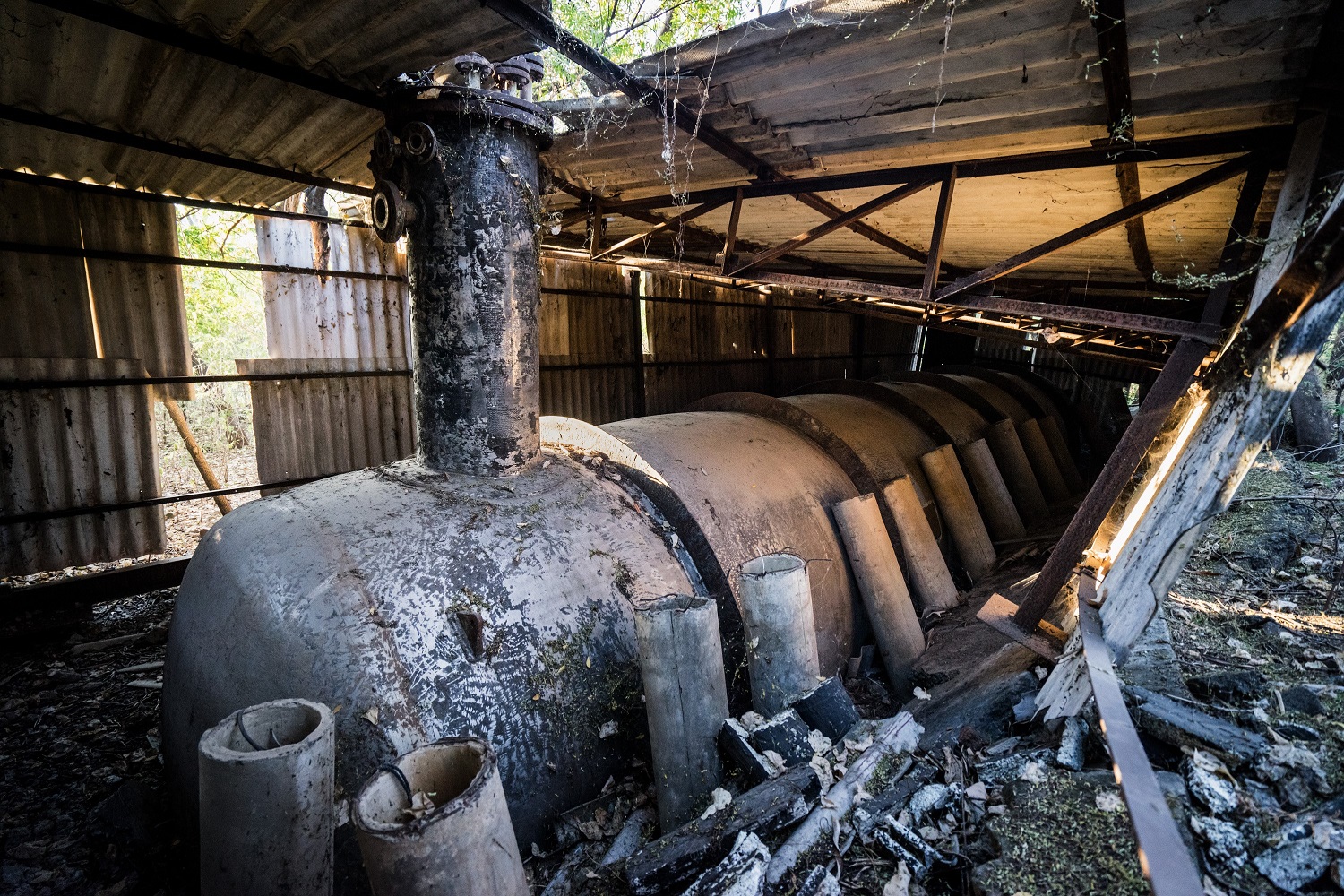 A gas leak from a Union Carbide pesticide plant in Bhopal, India saw the beginning of the worst industrial disaster in history. It has come to be known as the Hiroshima of the chemical industry.

40 tonnes of deadly methyl isocyanate gas, used in the manufacture of the pesticide Sevin, spewed from the plant into the surrounding areas.
8-10,000 people died within the first 72 hours and another 15,000 people have died as a result of their exposure to the gas. Another 120,000 have chronic medical conditions that require constant healthcare. For comparison, Chernobyl is estimated to have caused 57 direct deaths, with some 4,000 additional deaths from cancer).

The disaster site was never cleared of its toxic waste. The environment, all around the factory, is heavily contaminated and the toxins have now leached in to the drinking water aquifer. An estimated 25,000 people have no other regular source of drinking water and are forced to drink this water contaminated with toxic chemicals.

The Bhopal Medical Appeal funds the Sambhavna Clinic, the only place to offer free treatment to anybody affected by the toxic gas or water.

1 For clarification and supporting documentation on attempts to conceal contamination legacies see: http://bhopal.org/toxic-merger-update/

2 A $470m settlement of the Bhopal Disaster was made in 1989 which Dow Chemical continues to maintain was ‘full and final’ despite being made using incorrect figures for the dead and injured. Furthermore, the ‘settlement’ did not take into account later illness and birth defects nor make any concession to environmental contamination.