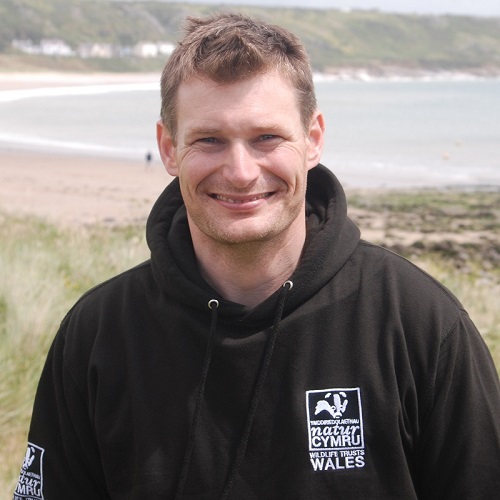 I read an article by the Ferret on the number of pesticides being used by councils in Scotland  (there are 41 different pesticides used in towns and cities and 11 of those are either proven, possible or probable human carcinogens) and I was shocked into action. I learned more about the human health impacts and the opposition to their use by major workers’ unions. The article also highlighted that a small number of councils were cutting back on their use, but the majority were not. My council, Stirling Council, was one of those that wasn’t, and defended this decision by maintaining pesticides could “deliver substantial benefits for society” and argued that banning glyphosate would risk public spaces becoming “more unkempt and less aesthetic“. Scientific reports highlight that 1 million species could be threatened with extinction in a couple of decades, including 40% of the world’s insects. Some of this loss is linked to pesticides.

How did you start your campaign and find key allies?

I talked to Pesticide Action Network (PAN) UK, who were very helpful with advice and materials which I passed on to my councillors. Then, one Sunday night months later, after a glass of wine, I was emailing my Councillors (again) imploring them to reduce pesticide use in Stirling, when I thought I needed to be more pro-active. I created a Twitter account and started tweeting local councillors, MPs etc., using the evidence and resources on PAN UK’s website.

I began to build up an alliance with PAN UK and with other local groups such as On The Verge. I convinced one of the UK’s leading scientists, Prof Dave Goulson, to become Pesticide-Free Stirling (PFS) President – this structure made us seem more official. I asked a friend of mine, Springwatch presenter, Iolo Williams, to lend his support to the campaign. Alyn Smith, Stirling’s MP, also supported the campaign following a productive meeting with myself and our local Green councillor, Councillor Tollemache. I had momentum!

How did you sustain momentum and build on community involvement?

The campaign was mostly top-down – during coronavirus, building community support was limited so I played to my strengths; campaigning. We put in a Freedom of Information (FOI) request to the council requesting information on pesticide usage, costs, including details like how many times they cut the grass and how much that cost.

I talked to some of the world’s leading pesticide-free technology companies e.g. Rootwave (Rootwave Pro), Weedingtech (Foamstream) and Kersten (mechanical weeding machines). They were willing to offer the council demonstrations and trials. This was important. I could now suggest solutions to the problem.

I drafted an open letter to the CEO and Leader of the Council (and local press) signed by myself and Prof Goulson. This highlighted reasons why the council should reduce pesticide use, including the ecological and human health reasons, and legal and moral duties, including:

The council had been running a ‘climate conversation survey’ so both On the Verge and Pesticide-Free Stirling encouraged our supporters to respond to it. On the Verge also created a petition which garnered a lot of support, and again we urged our supporters to sign it. We sent out a press release which attracted local media attention and caught the councillors’ eye. The council replied and offered to work with Pesticide-Free Stirling and PAN UK to look at ways to reduce their use of pesticides.

Pesticide-Free Stirling worked very constructively with On the Verge, the Council’s Senior Land Manager, Bruce Reekie and Councillors Alasdair Tollemache, Danny Gibson and Jim Thomson. At a meeting of the Environment and Housing Committee, the Council discussed a petition by On the Verge about better land management for wildflowers and pollinators and agreed to create a new Pollinator Strategy to help wildlife and nature flourish by early 2021. They sent out a press release which stated that the “strategy will remodel the way the Council manages greenspaces in order to help wildflowers flourish and support the lives of bees and other pollinators. The plans will cover greenspaces across the Council area, including parks, amenities, cemetery land, road verges and grass sections throughout the city of Stirling.” It stated among the proposed key action plans:

We were over the moon! We will continue to work with the Council to create the new Pollinator Strategy. We do, however, hope to convince the Council to have a standalone pesticide policy because pesticides don’t only harm wildlife, but people also.

My top tips and advice would be:

My final advice would be not to give up, we are on the right side of history, and every action – no matter how small – builds momentum. Every tweet, email, letter to your elected officials builds that momentum. Tell your friends, neighbours, schools, workplaces etc. why pesticides are poison. Talk to the team at PAN UK and other campaigners on PAN UK’s Pesticide-Free Towns Facebook group for help, advice and inspiration. Remember, if not you, then who? If not now, then when?

If you want to take action in your local area to help go pesticide-free then check out PAN UK resources here, and the Wildlife Trusts Action for Insects community action guide here for further ways you can help insects.

We have big plans for a Pesticide-Free Scotland. Watch this space!