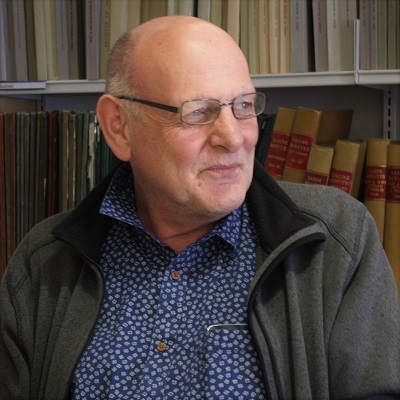 I first learned about glyphosate in 2014 through Katherine Hamnett who raised awareness about the London Borough of Hackney Council spraying its meadow in London Fields (meadows are usually self-managing). I began researching glyphosate, only to find it was being sprayed on the estate where I lived and then understanding why the roses were growing deformed and in a state of stress. I also learned about the awful things being done across the world with glyphosate, such as when Phillip Morris aerial sprayed its tobacco fields in Argentina, causing devastation to the local populace. I knew I had to do something about it.

How did you start your campaign i.e. finding key allies?

The initial step was to find out Tower Hamlets’ pesticide usage in the borough, through a series of Freedom of Information requests. Tower Hamlets Council stated that glyphosate was legal and that it was no worse than drinking a glass of orange juice, or taking an aspirin, which is ludicrous.  After the various replies from Tower Hamlets, our mission was to make clear to the public and the council that poisoning the borough is not a good idea, utilising all the social media we could. My position as Chairman of The East London Garden Society meant that I was already an established figure in this part of London, which helped to get the message out.

There were sympathetic councillors and persons within the borough, and a local petition raised the profile of the campaign and built momentum. Once the message gained popularity, residents became more interested, with many personally emailing the council. At the last borough hustings for the local elected Mayor of the borough, many questions were asked, and not one candidate had knowledge of glyphosate. At the hustings, all of the candidates said that if elected it would be banned in the borough. Mayor Biggs stated, “of course if the science is there it will be banned”.

How did you sustain it and build momentum in your community?

By ensuring all who were supportive of a glyphosate ban were kept up to date with the latest information from Tower Hamlets, but also from around the world.

Tower Hamlets was once one of the most defensive councils protecting the spraying of poisons. That’s why all information on glyphosate, and how it has damaged societies, was sent to every councillor in the borough, and we continue to do this today. The turning point for many was the Californian judgement on glyphosate causing cancer.

We would not have been able to reach this point, where Tower Hamlets Council will be trialling other methods of unwanted plant eradication, if we had not brought many councillors together with local residents. It was important to stress the worst aspects of glyphosate over and over again.  In August 2020, Tower Hamlets will decide on the banning of glyphosate.

If you are able to have a few heartfelt people with you and sheer tenacity, you can go far – don’t give up!

The view I hold is that we should all work together whether it be Oswaldtwistle, Wrexham or Totnes in Devon. The prevailing wind is with us, particularly concerning the environment, and many like-minded people are able to make change. We shall all know the decision of Tower Hamlets council in late 2020, it looks favourable! Once one of the most resistant councils in the country on the banning of glyphosate, it is starting to turn.