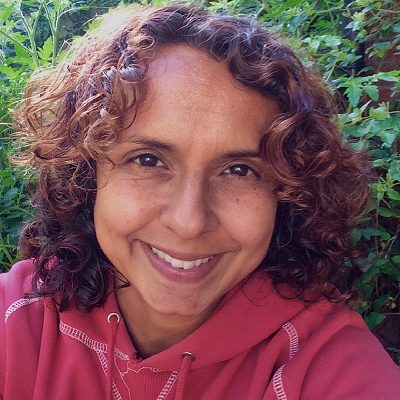 In November 2017, I attended a workshop by PAN UK in Manchester about their pesticide-free towns campaign. During my PhD research I had seen the negative impacts of agribusiness and its use of GM crops in the Majority World firsthand, so convincing my local council to reduce its pesticide use tapped into my interests. I have also been a food researcher/writer for Ethical Consumer, been involved with anti-GM crop grassroots campaigns, set up small-scale, organic-friendly community food projects in Manchester and have begun to train to be an urban organic food grower, so I wanted to put my campaigning spirit and love of pesticide-free growing to good use on this issue. Most recently, I have been working for a campaigning organisation called Rethinking Economics, so to me the Councils’ rationale for their policies on pesticides closely link to economics – what policy reforms are or are not affordable in their opinion? However, I felt it was important for my Council to re-evaluate what it considered to be efficient spending – to me pesticide use is costly in the long-term.

How did you start your campaign i.e. finding key allies?

Due to having a bit of spare time in the autumn of 2018, I decided to organise a public meeting in a nearby community centre to see if anyone else near me, or in the rest of Trafford was interested to campaign for our borough to be pesticide-free. To promote it I made a basic flyer using PAN’s Pesticide-free Towns campaign website for information and images, then placed the flyer in local shops, community centres – anywhere there was a high foot fall. I also promoted the event via social media and by sending information about it to all the local “Friends of Parks” groups in Trafford. About eight people attended our first meeting where we listened to why we wanted a ban on pesticides, what changes we wanted the Council to implement in relation to this, and strategies for how we could bring about change and who to approach. Essentially, lots of great ideas emerged from that first meeting and gave us plenty to work on for subsequent meetings. I minuted the meeting’s discussions and sent them not only to those who attended, but all those on my list of contacts. Seeing these notes helped Green Councillor Daniel Jerrome to table a motion in March 2019 to phase out glyphosate use in Trafford.

How did you sustain it and build momentum in your community?

Using e-contacts and social media was pivotal in generating support among residents across the borough to support Councillor Jerrome’s motion. After the motion was passed, a number of his colleagues remarked how they had received many requests for them to support this motion from residents.

The initial interest in the campaign after the first meeting dwindled, so numbers were down at our next one. This was partly because it was near to Christmas, so the last thing most people had the time to do was campaign against pesticides! So perhaps set up an initial public meeting in spring when the days become longer so that those who only have free time in the evenings may still be able to attend a meeting. Also, as that’s the time for much wildlife to re-emerge and more flowers begin to bloom, it is easier to visually draw out the links between pesticide use and how it threatens biodiversity. Try to not just have yourself being the sole organiser of the campaign. At the first meeting, see if anyone else in the group wants to share organising/mobilising responsibilities with you. Always record any action points which emerge from a meeting and follow up on them during the next. Build respect and a rapport with your fellow campaigners so that all are more likely to complete the actions they said they would at a meeting.

Use clear language to convey complex ideas that resonate with all people. This approach can help you to connect with others to try to gain local support for a campaign. Remember you as an individual do not have all the answers, but a group of people are more likely to have lots of them! It seems in local politics, gaining widespread support from local residents is key. So initially spend time to link a campaign to how it will benefit local people.

For  me personally I must take a backseat on this pesticide campaign in the short term as over the next few months I will be co-writing a book/campaign toolkit in my job about the need to diversify, decolonise and democratise economics. So it was good timing in June 2020 that Trafford Council formally agreed to a 100% reduction of glyphosate-use in parks and green spaces, and a 70% reduction elsewhere. However, it would be even better to increase that reduction to 100% and for the Council to rethink its pesticide use in general. With so many more people rediscovering being outside as a way to help them cope with Covid-19, it would be great if they can do so in a pesticide-free environment.