Glastonbury is a small town, population approximately 9,000, in the county of Somerset in the UK. In June 2015, it became the first council in the UK to ban the use of glyphosate and switch to non-chemical methods of weed control in all areas used by the public.

In 2015, when the World Health Organisation published its findings that glyphosate is a “probable human carcinogen”, Glastonbury residents showed up en masse to the annual town meeting to voice their concerns about its use in the town. The community called for a public vote, and voted unanimously to call upon the Town Council to ban glyphosate and other chemical herbicides.

Whist this was a huge victory for Glastonbury campaigners, the wider Mendip District Council and its contractors were still using glyphosate to control weeds and some of this spraying was taking place in areas of Glastonbury Town. On 9th June 2015, a Notice of Motion was submitted to a meeting of Glastonbury Council for consideration. The Motion, put forward by Councillor Alyson Black and seconded by Councillor Emma George, called for the banning of use of all products containing glyphosate in the public areas of the town.

The Motion requested that the subcontractors employed by Mendip District Council stop the use of all products containing glyphosate due to the associated health and environmental risks and in order to be in concord with the town’s Environmental Charter.3

In the supporting speech Councillor Black noted that there had been reports of declines in wild flowers and plants on Glastonbury Tor due to the use of glyphosate by the National Trust (NT) and to avoid this the NT had now switched to hand weeding in the areas of the Tor most frequented by the public. Councillor George presented a paper to the Council detailing the strong correlations between the use of glyphosate and adverse effects on human health.

It was also noted that although the evidence for the potential harmful effects of glyphosate was not conclusive the town should err on the side of precaution and cease its use.

At the end of the discussion a vote was taken on the Motion and it was carried by 12 votes for and one abstention, due to the Councillor not being present at the time. In effect it was a unanimous decision. 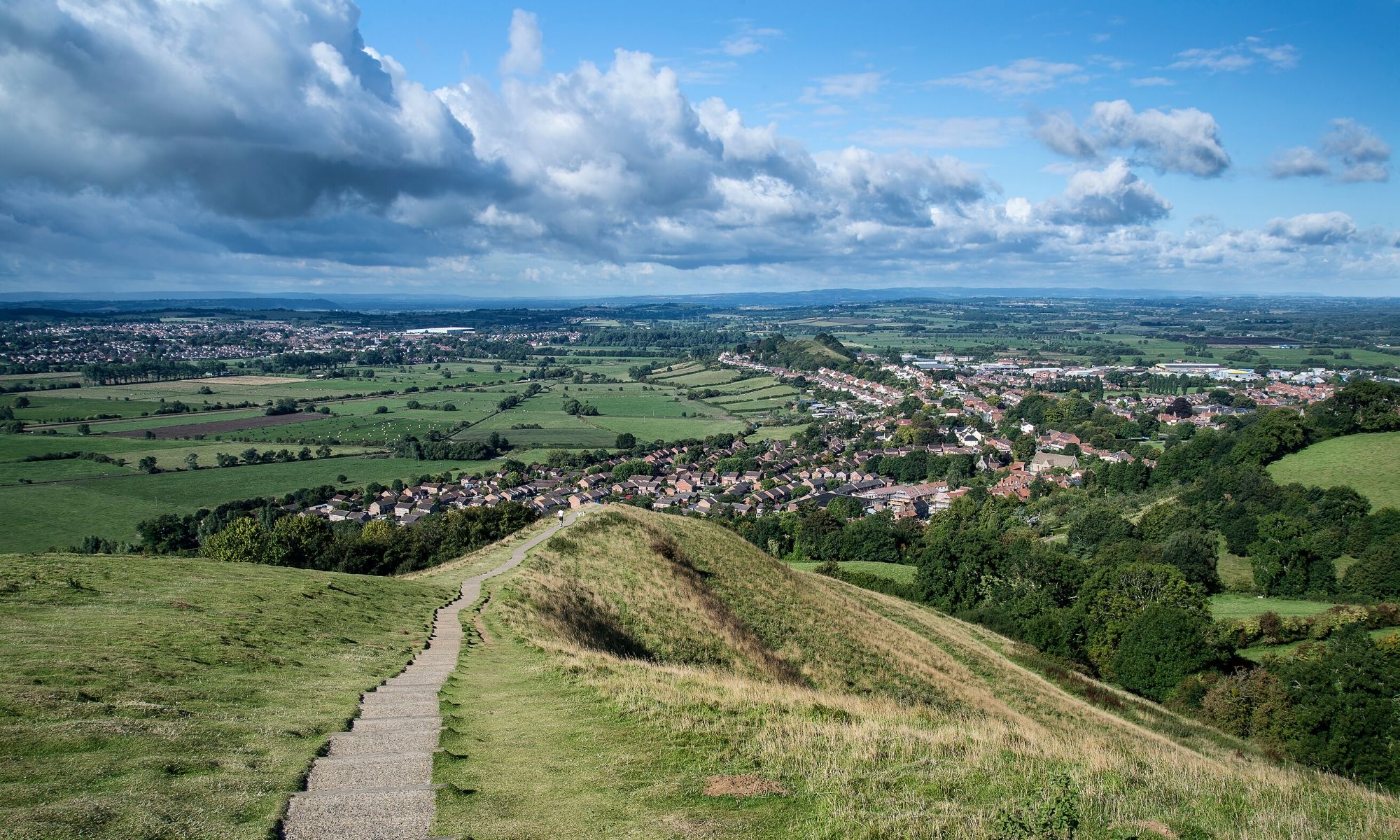 How did the council move forward? 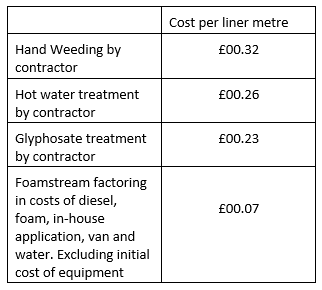 Comparison of costs at the time.

The vote to ban glyphosate came into effect immediately and an alternative was needed to replace spraying. Councillor George had been researching alternatives prior to the vote and been impressed by the Foamstream system developed by the company Weedingtech. Trials of the system had been carried out in a number of places including Yeo Valley Farm, close to Glastonbury and also by South West Water. The results of the trials had all shown that the system was effective and positive testimony about the trials was made available on the Weedingtech website.

The Council decided to undertake a trial of several alternative approaches and compared hand weeding, hot water and the Foamstream system. The trial monitored the time taken to apply the treatments, the effectiveness in terms of immediate dieback and the level of regrowth following the treatments.

The trial concluded that hand weeding was not viable due to the high costs associated with labour and that hot water was not suitable due to cost implications. According to Councillor George the costs for the various products were a determining factor and the Foamstream system came out ahead of the other methods trialled.

It is clear that the running costs, post equipment purchase, were significantly lower than the other alternatives. However, the cost of the machine does need to be factored in and Glastonbury Council did need to purchase the Foamstream machine and train staff to operate the equipment. Glastonbury Council is currently looking at the options for hiring the equipment out to other neighbouring parishes in order to recoup some of the initial cost outlay. It is estimated that over the long term the cost savings will increase.

However, given the fact that Foamstream can be used in any weather conditions there is a lot more scope for when it can be applied and how effective a treatment it remains. As a contrast glyphosate cannot be used in the rain and its effectiveness is diminished should rain follow application thus requiring further treatments or a less effective end result.

Get campaigning where you live

Back to success stories…