Glyphosate: A victory for corporate lobbying, not science

by Josie Cohen, Head of Policy and Campaigns (January 2018)

In November 2017, EU member States narrowly voted for a five-year reauthorisation of glyphosate, the world’s most widely used weedkiller. While this is far from the fifteen-year license the agrochemical industry was pushing for, the result was a major disappointment to PAN and other organisations campaigning to protect the environment and human health from the harmful impacts of pesticides. It was also a slap in the face to the millions of European citizens who signed petitions calling for glyphosate to be banned.

Straight after the vote, the pro-glyphosate PR machine went into overdrive declaring the decision ‘a major victory for science and common sense’ over supposedly dishonest and uninformed environmentalists. The petrifying thing about this false narrative – fostered successfully for decades by the agrochemical industry – is that it is winning.

I thought it was high time to challenge some of the key claims being bandied about:

Myth 1: The campaign against glyphosate isn’t based on scientific evidence

PAN’s work on glyphosate is far from what the industry lobby would have you believe.

In October 2016, we published our Glyphosate Monograph, a 97-page, painstakingly-referenced review of more than 400 independent, peer-reviewed scientific studies looking at the human health and environmental impacts of glyphosate. This review of all the available science revealed that long-term exposure to glyphosate is harmful to human health in a whole range of ways and can cause conditions such as kidney and liver disease, act as an endocrine and immune system disrupter, and result in reproductive and neurological problems. It also clearly showed that glyphosate was driving negative environmental impacts to water, soil, flora and fauna, including bees, birds, amphibians and beneficial insects such as earthworms.

For PAN, it’s not enough to campaign for a ban on a substance like glyphosate without also helping farmers make the switch to healthier, greener forms of weed control. As an organisation, we pride ourselves on not just focusing on the problems with pesticides but also promoting genuinely sustainable alternatives. That’s why, earlier this year, we launched a long, detailed report outlining alternatives to glyphosate and other herbicides in weed control.

And yet despite these evidence-based, nuanced contributions to the debate, we are still accused of being unscientific and attempting to halt the advancement of progress. 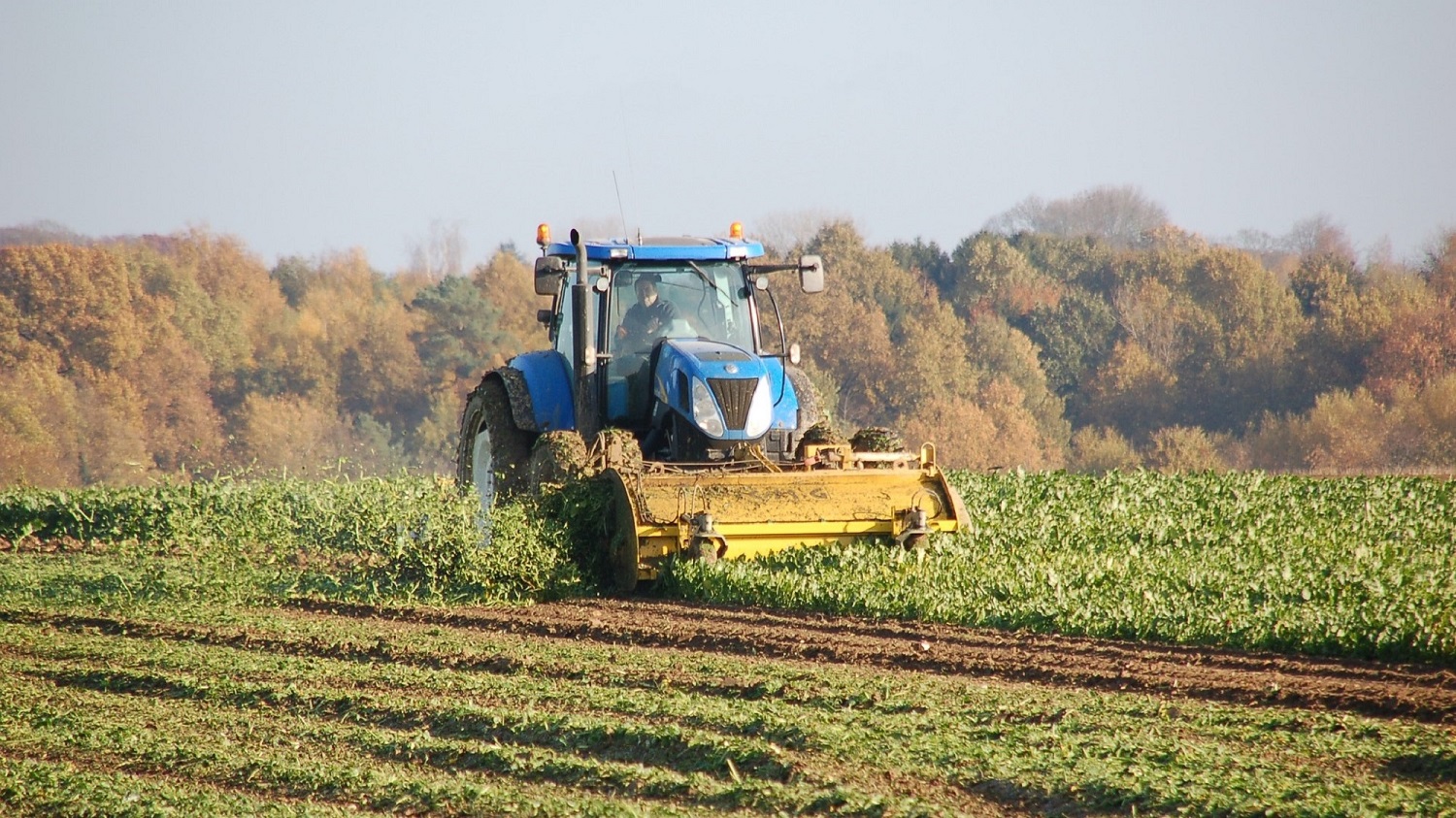 The agrochemical and industrial farming lobbies claim that without glyphosate agricultural yields would plummet, forcing the entire sector into an economic downward spiral and leading to widespread food insecurity. However, this argument has repeatedly been shown to be false. For one thing, the claims about the yields glyphosate is able to deliver are often overblown. Since 1990 the amount of glyphosate used on UK cereals has risen by 686%, while yields have only increased by around 20%. In addition, there is a huge body of evidence showing that agro-ecological techniques are able to produce sufficient amounts of food without pesticides.

Many farmers also believe that glyphosate helps them to better protect the environment.  They argue that, without it, they would be forced to abandon more sustainable practices like no-tillage leading to more soil health erosion and higher carbon emissions.  However, recent studies show that when reduced-tillage (rather than no-tillage) is combined with the use of green manure to raise nitrogen levels, crop yields can be comparable to those grown with glyphosate, while soil fertility and carbon storage capacity is maintained.

For detailed information on other alternatives to glyphosate please see our report which promotes an Integrated Weed Management approach involving a suite of different approaches and shows how farmers can stop using glyphosate and still remain profitable. 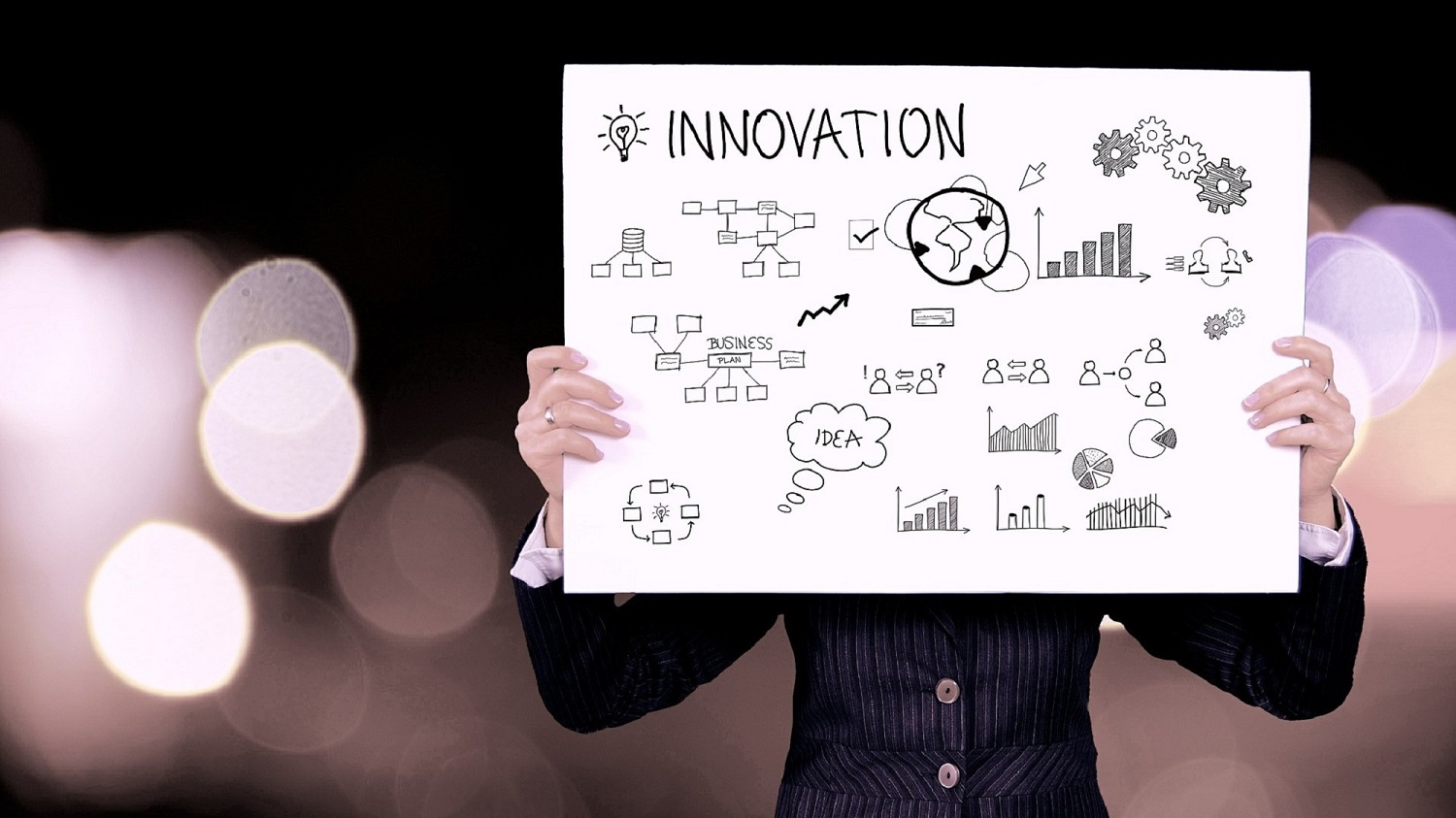 “The withdrawal of pesticides will incen­tivize innovations, including changes to the crops grown, cultivation methods, and new types of pesticides.” – Professor Ian Boyd, Chief Scientific Advisor to DEFRA, September 2017

Mainstream agriculture relies heavily on pesticides and you can see why. They are a silver bullet to farmers’ pest problems, and none more so than glyphosate which can be used to kill almost any weed with little labour or agricultural knowledge required. Trouble is that the over-dependence on glyphosate is stunting research and development into less damaging alternatives. Why pour time and money into developing agro-ecological alternatives which are more complicated to deploy when you have a miracle chemical that the companies and regulators tell you is perfectly safe?

Only once a substance is due to be phased out do healthier, greener alternatives begin to emerge. If the EU had decided to phase out glyphosate gradually, as proposed by the European Parliament, then the next five years would have seen a boom in investment into alternatives. As it is, the agriculture sector will continue to rely on glyphosate and gear up for a new fight to save it in 2022.

Organisations such as the NFU which claim to represent the interests of farmers, would better serve their constituency by promoting investment into genuinely sustainable alternatives to pesticides rather than fighting tooth and nail to keep one ultimately-doomed chemical at a time.

Myth 4: We can trust regulators’ assessment of glyphosate as safe for humans 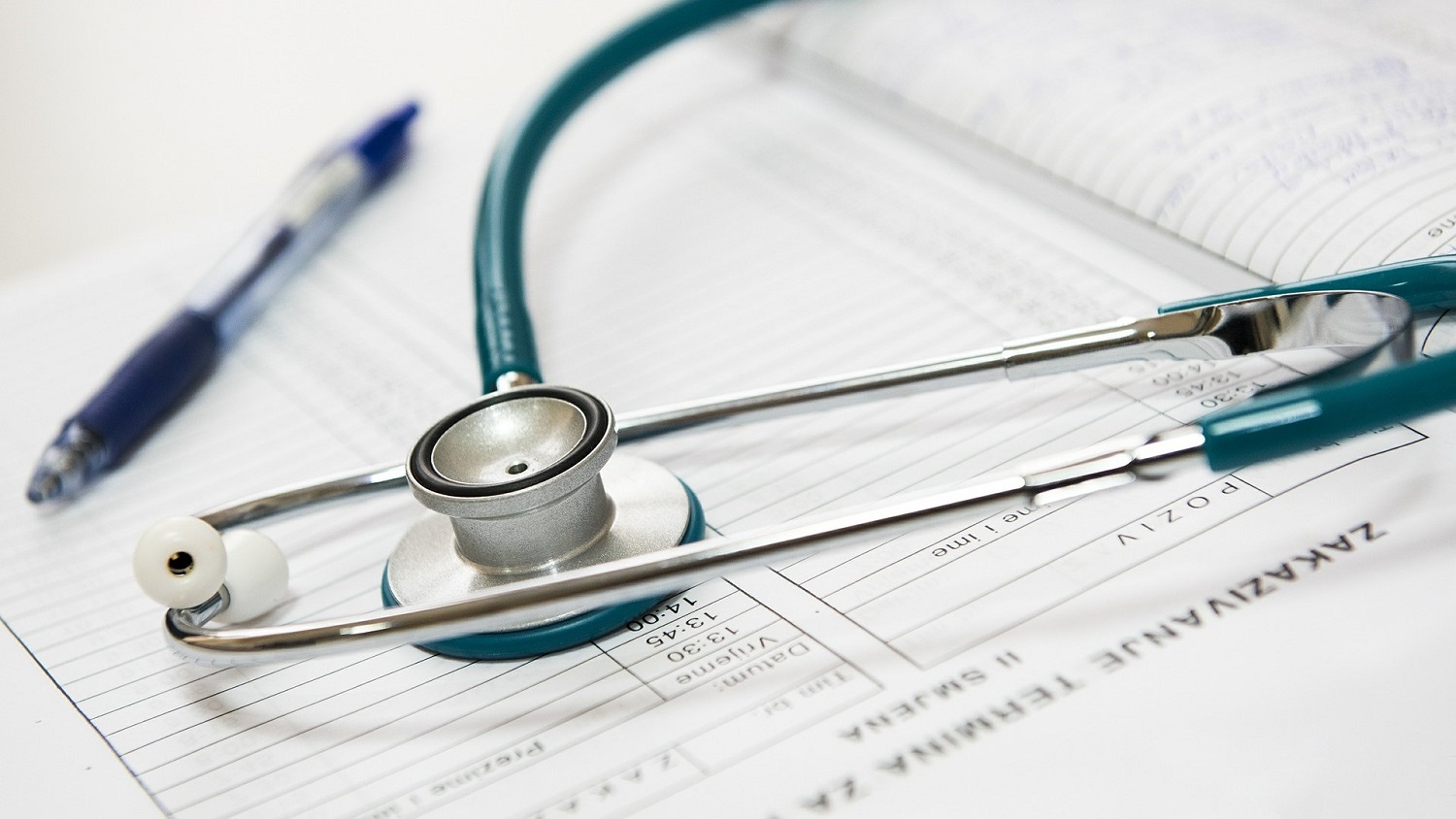 “Political will is needed to re-evaluate and challenge the vested interests, incentives and power relations that keep industrial agrochemical-dependent farming in place…Corporate influence over public policy must be challenged if we are to move away from pesticide-reliant industrial food systems” – Report of the Special Rapporteur on the Right to Food, March 2017

Much has been written about how the agrochemical industry manipulates the system to ensure that lawmakers prioritise corporate profit over human health or protecting the environment. Strategies used by pesticide companies to keep products on the shelves are often compared to those employed by the tobacco industry and include; conducting public relations campaigns (see #glyphosateisvital), buying scientific and other expertise to create controversy about established facts, attacking and undermining scientists who advocate for restrictions, and hiring lobbyists to influence policy.

The battle to relicense glyphosate sadly appears to have been no different;

Considering the vast sums of money to be made from sales of glyphosate-based products, the opacity of the authorisation process and the agrochemical industry’s history of manipulating scientific evidence to protect their profits, one has to question the conflict of interest built into our current system and ask whether it is fit for purpose.

Myth 5: Anti-pesticide groups are as well-funded as the agrochemical industry 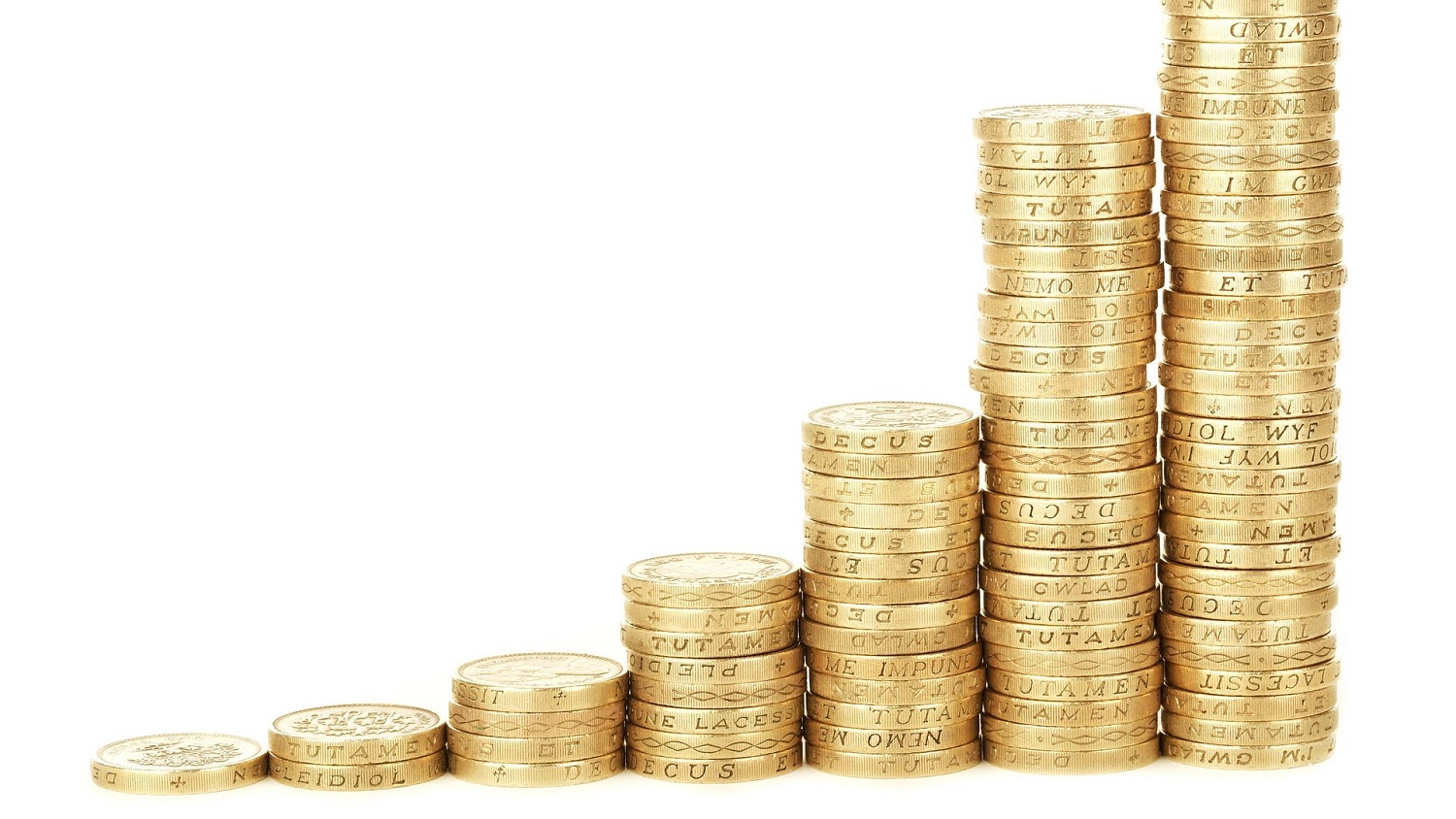 In an attempt to discredit us further, there have been increasing attacks against PAN and other groups campaigning against glyphosate claiming that we spend as much as the agrochemical industry on lobbying. This is, frankly, laughable.

PAN UK and PAN Europe’s combined annual budgets total less than £800,000 and that covers everything we do including staff salaries, office rent and a large chunk that goes directly to PAN UK’s projects with farmers in poor countries. PAN staff do have meetings with decision-makers as part of their job but we don’t spend a penny on external lobbyists. Even if we wanted to we wouldn’t have the cash!

In contrast, according to the EU’s transparency register, in 2016 the biggest agrochemical companies spent €9.2 million lobbying the EU.  That same year, the gross income of Monsanto – just one of the big six pesticide manufacturers – was reported to be over US$7 billion (around £5.2 billion). That’s 6,500 times the annual budget of PAN UK and PAN Europe combined!

On 7th December, Members of the European Parliament (the Greens/EFA group) started the process to refer the decision to renew the licence for glyphosate to the European Court of Justice. They are backed by the former UN Special Rapporteur on the Right to Food, Olivier De Schutter, who has put together an excellent report explaining the six ways in which the decision violates the EU’s own regulations.

But the violations are more than just procedural. By ignoring the voices of millions of European citizens, our elected representatives in the European Parliament, and vast swathes of the scientific community, by choosing to rely on studies from the very companies due to make billions of dollars from the relicensing of glyphosate and then refusing to release those studies, this decision undermines the democratic nature of the European Union. It also chips away at the trust that ordinary Europeans have in the ability of regulators to protect them from harm, and arguably in the European project itself.