One step closer to ban on three bee-toxic pesticides 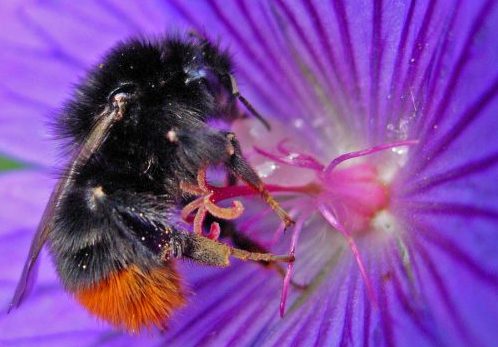 Today (Wednesday 28th February) the European Food Standards Authority (EFSA) has published its reviews of the scientific evidence on neonicotinoids and the harm they do to bees. Their reviews of approximately 1000 scientific papers has led them to conclude that the three neonicotinoids – clothianidin, imidacloprid and thiamethoxam – all pose a high risk of harm to both wild bees and honeybees.

Following the publication of this review the next step is for EU Member States and the European Commission to decide on whether or not to make the current temporary ban on these three pesticides permanent and to extend it to cover all uses (for example in agriculture, horticulture and floriculture). It is expected that a decision will be made at some point in March.

PAN UK is calling for the ban to be made permanent and to be extended to end all uses of these three neonicotinoids. We are also calling for a rigorous and robust assessment of other neonicotinoids, including the newly emerging Sulfloxaflor and similar actives, in order that the same mistakes that were made in the past, to the detriment of bees, are not repeated. PAN UK also hopes that the commitment from the UK government is heeded and that any ban is upheld by the UK following our withdrawal from the EU.

Read EFSA’s full report entitled ‘Evaluation of the data on clothianidin, imidacloprid and thiamethoxam for the updated risk assessment to bees for seed treatments and granules in the EU’.
Read EFSA’s Q&A on how they arrived at their conclusions.