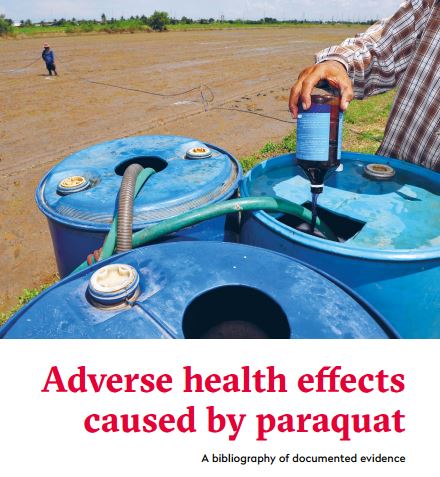 Paraquat is now banned in over 40 countries, including the European Union and Switzerland, Syngenta’s home country, because of its adverse health effects.

This literature review, compiled by Richard Isenring, gives an update on the scientific information on the adverse health effects of paraquat. Over 200 scientific publications are referenced and summarized in the report – probably the most comprehensive paraquat literature review published in recent years.

The report shows evidence of the longer term, negative health effects of paraquat and its link with chronic diseases, such as Parkinson’s disease. However, it also clearly documents the positive health effects in countries that have implemented a ban on paraquat, or stricter regulations.

The case for a global phase out of paraquat is stronger today than ever.