by Dave Goulson, Professor of Biology, University of Sussex

The charity, Songbird Survival, are funding two PhD students in my lab at Sussex University, Priyesha Vijendra and Cannelle Tassin de Montaigu, to investigate whether pesticides are contributing to the ongoing declines of farmland birds. Impacts of pesticides on birds first came to the fore in the 1960s, with the realisation that DDT and its relatives were causing egg-shell thinning in predatory birds such as raptors, but in recent decades there has been rather little research in this area. The two students hope to assess whether modern pesticides currently pose a threat to our bird life. 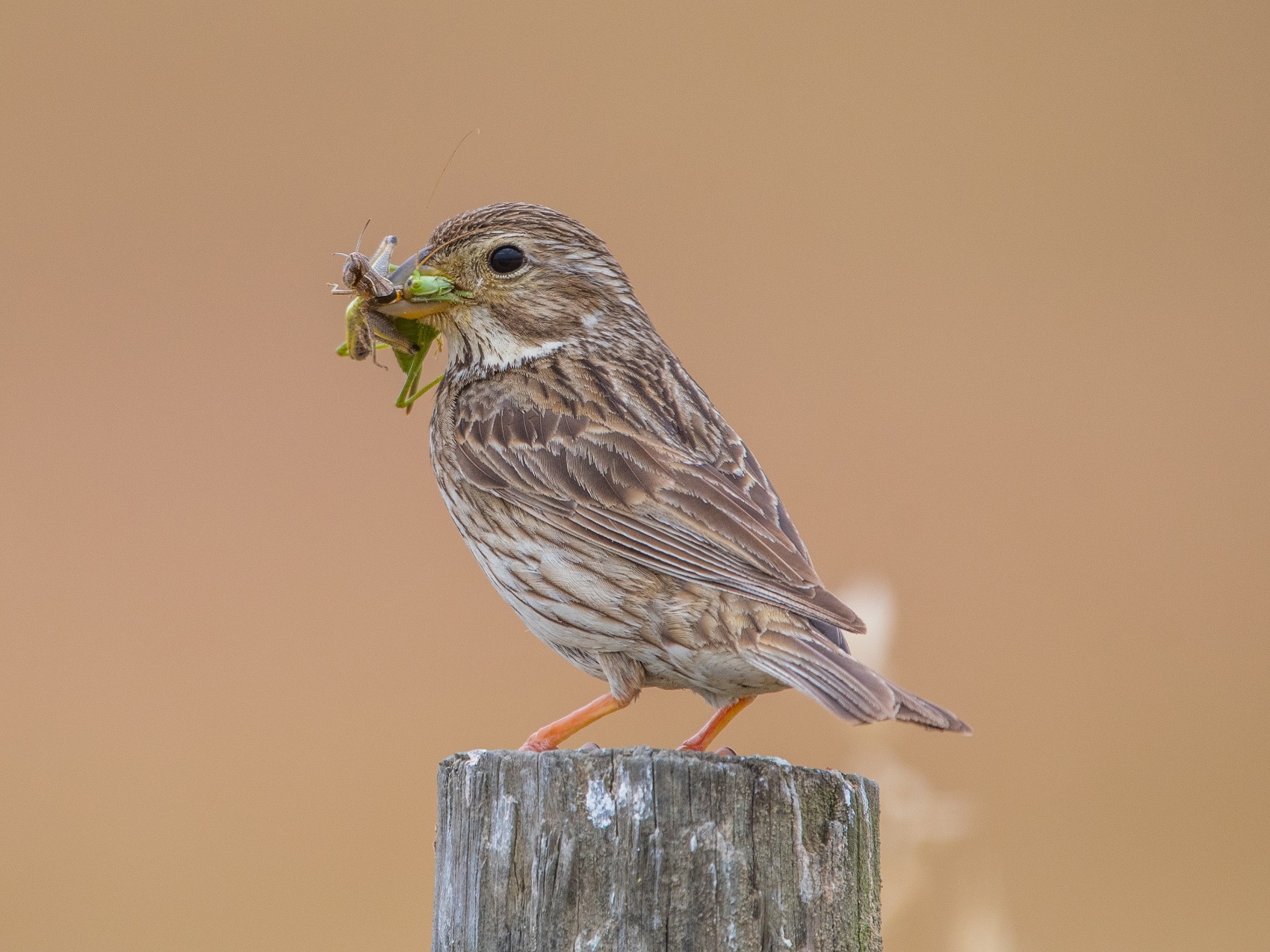 Pesticides could harm birds directly, by poisoning them, or indirectly, by depleting their food supply (e.g. insects). Given that we use over 300 different ‘active substances’ – types of pesticides – in UK farming, assessing the risks posed to birds by all of them is quite a challenge. To begin this process, Cannelle analysed patterns of pesticide use in the UK since 1990. Using data collected by Defra, she calculated changes in the ‘toxic load’ to birds, a measure of potential toxicity. Her work has just been published in the journal ‘PeerJ’, and is open access: https://peerj.com/articles/9526. Here I provide a summary of her findings.

Cannelle calculated the annual ‘toxic load’ of agricultural pesticide use in Great Britain for birds, measured as the total number of LD50 doses for corn buntings (an arbitrary choice of medium-sized farmland bird) per year. The LD50 is the “lethal dose that kills 50% of test animals”, a standard measure of toxicity. We have previously performed similar analyses for bees, for which the total toxic load increased six-fold during this period. In contrast, for birds the total toxic load fell by 80%; fed directly to birds, one could kill 80% fewer birds with the pesticides used today, compared to 1990. On the face of it, this looks like good news, but it is a bit more complicated.

Cannelle found considerable turnover in the pesticides used. During the period 1990-2016 the European Union restricted or banned many pesticides for agricultural use, including organophosphates and carbamates. However, new generations of active substances have been introduced, such as the neonicotinoids (some of which have since been banned). This turnover explains the contrasting patterns for birds and bees; the organophosphates that are no longer used were very poisonous to birds, whereas the neonicotinoids are less toxic to birds but much more toxic to insects. Thus the risk of birds being directly poisoned may have dropped, but the risk that insect-eating birds might starve is likely to have gone up.

Interestingly, the chemicals that currently have the highest toxic load to farmland birds (and hence might be flagged up as possible threats) include a mix of insecticides, herbicides, fungicides, molluscicides, acaricides and plant growth regulators. Some of these chemicals, such as the herbicides glyphosate and pendimethalin, are not highly toxic to birds, weight for weight, but are used in very large and steadily increasing quantities, and so exposure of birds is likely to be high and growing. There has been very little research into whether such compounds directly harm bird life.

In the near future we will be investigating exactly which pesticides turn up in feather samples from wild birds, the next step in working out what harm (if any) they might be doing. Watch this space!

Find out more about the work we’re doing to reduce the use of pesticides in agriculture.