The heart-breaking stories of families affected by pesticide poisoning 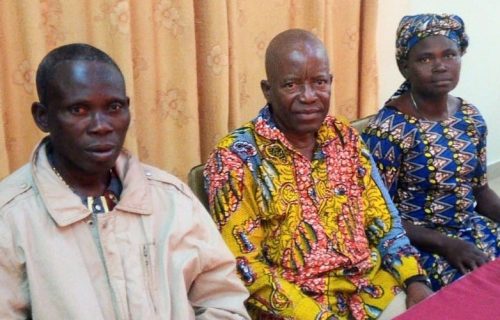 Last November, I was collecting data in Benin, West Africa. While in Dassa, we were joined by farmers who had agreed to answer our questions. A quiet couple joined the group. Despite an arduous journey of several hours on unmade roads from their small cotton farm in Gahoungagon, they had taken valuable time away from their work to meet with us. Why? Because they wanted to share their story. Jidago Moise and his wife Kenon Celestine had taken on the back-breaking work of growing cotton in order to get a small cash income to support their family. They followed government extension agents’ advice about which pesticide products to use and when. Despite the products being dangerous and expensive, and without any information on alternatives, they were anxious to protect their cotton.

When Moise suffered severe headaches and rashes from using the pesticides he felt he had no alternative but to continue. Even if protective equipment had been available – which it was not – it was beyond the family’s means to buy it and also impossible to wear in the searing local temperatures. Then, tragedy struck. After an accidental spill of one of the pesticides, Moise’s son very sadly died. They were not able to get medical help in time to save him. Moise and Celestine speak quietly and carefully, but it is absolutely clear that they are devastated by their loss and want to ensure that their experience prevents others from suffering the same fate.

Travelling North, we visited the Paediatric Hospital near Kandi, which is situated in a cotton growing area where pesticides are heavily used. A doctor there told us that he regularly sees accidents where a child has drunk pesticides that have been repacked into drinks bottles or other containers and kept in the home. Over the previous two months alone he had seen four incidents of children poisoned in this way. These children were aged twelve, ten, two and just four months. Three survived after emergency treatment, but sadly the two-year old did not. In this poor area of scattered farms and unmade roads it seems likely that only a small proportion of families can even reach help at all. 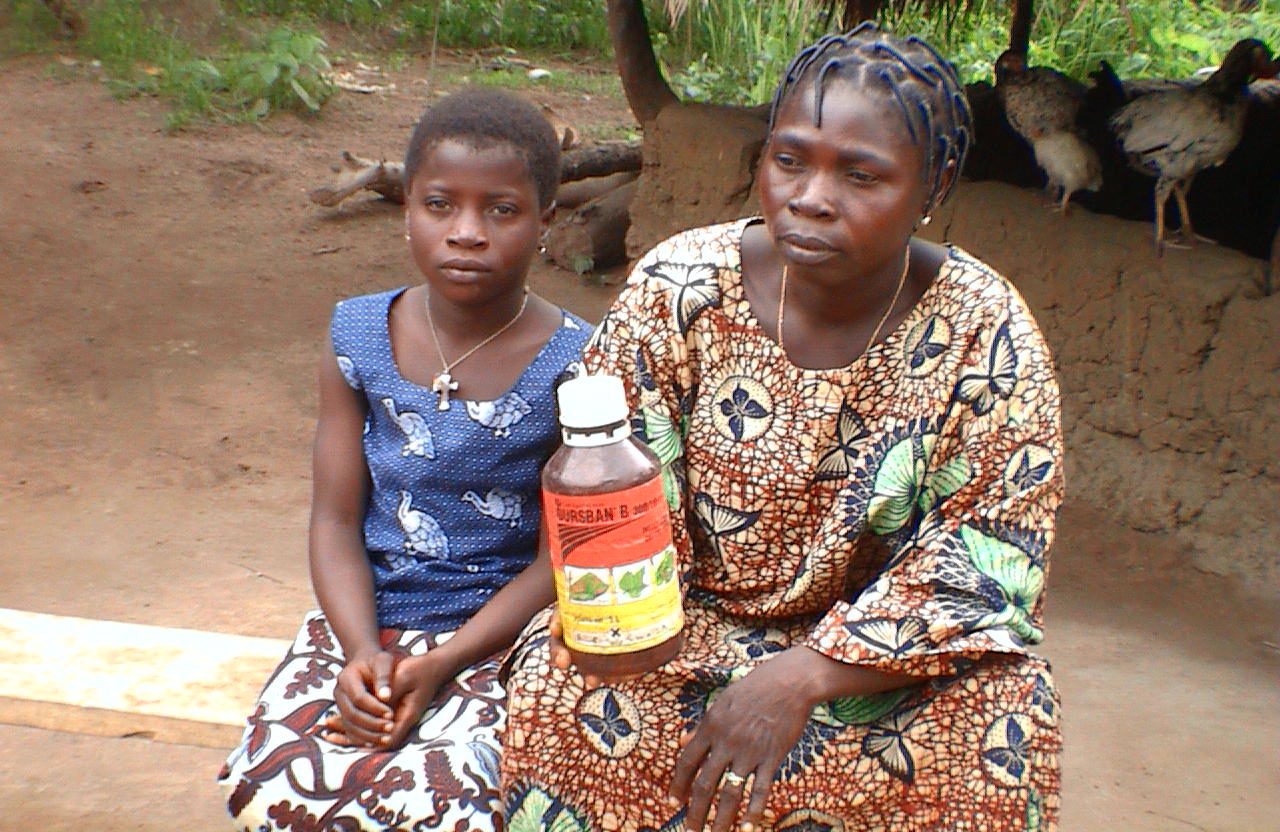 Fleurianne, pictured aged 9, lost four years of schooling after she was poisoned by pesticides in Benin. Credit PAN UK/Obepab

Back in the capital, Cotonou, Dr Clement Glele Kakaï – Head of Epidemiology in the Ministry of Health told us that, while he lacks data on individuals poisoned by pesticides, he regularly receives reports of incidents of mass poisoning. He told us of a horrifying incident the previous month where nearly a whole farming family (parents and four children) had died, leaving an orphaned three-year-old and ten-year-old.

The scale of the problem

When I joined PAN UK a decade ago, it was clear that global and national institutions were looking the other way while millions of smallholder farmers were suffering ill health, or dying, from pesticides. The World Health Organisation abandoned its efforts to estimate pesticide poisonings after 1990. I have worked with regulatory authorities in over 25 Low- and Middle-Income Countries – not a single one has adequate resources to monitor the impact of registered pesticides on its population.

All these incidents point to a widespread and ongoing problem affecting farmers and their families that will not be addressed by simply exhorting farmers to follow label instructions or blaming them for not wearing protective equipment. We must, at the very least, remove the most hazardous products from use.

What is PAN UK doing?

Many LMIC national authorities allow the release of highly hazardous chemicals into a largely or wholly unregulated environment. Users usually lack even the most basic information or resources to protect themselves. These authorities are hesitant to impose tighter controls on pesticides without solid evidence that there is a problem. But as they don’t collect evidence, no action is taken.

For this reason, we at PAN UK have worked painstakingly to understand the extent of acute pesticide poisoning and the barriers that prevent authorities from making changes. Over the last ten years, we have surveyed thousands of farmers in 11 countries and the results suggest that millions of farmers and farm workers are being poisoned every year.

The great frustration is that we know how to prevent this – Sri Lanka removed just seven highly hazardous pesticides from use. This action is estimated to have prevented 93,000 deaths with no loss of agricultural productivity.1

It’s time that global, and national authorities, step up to their responsibility to monitor the impact of toxic chemicals. And we already know enough to show that urgent action should be taken to remove highly hazardous pesticides from use. 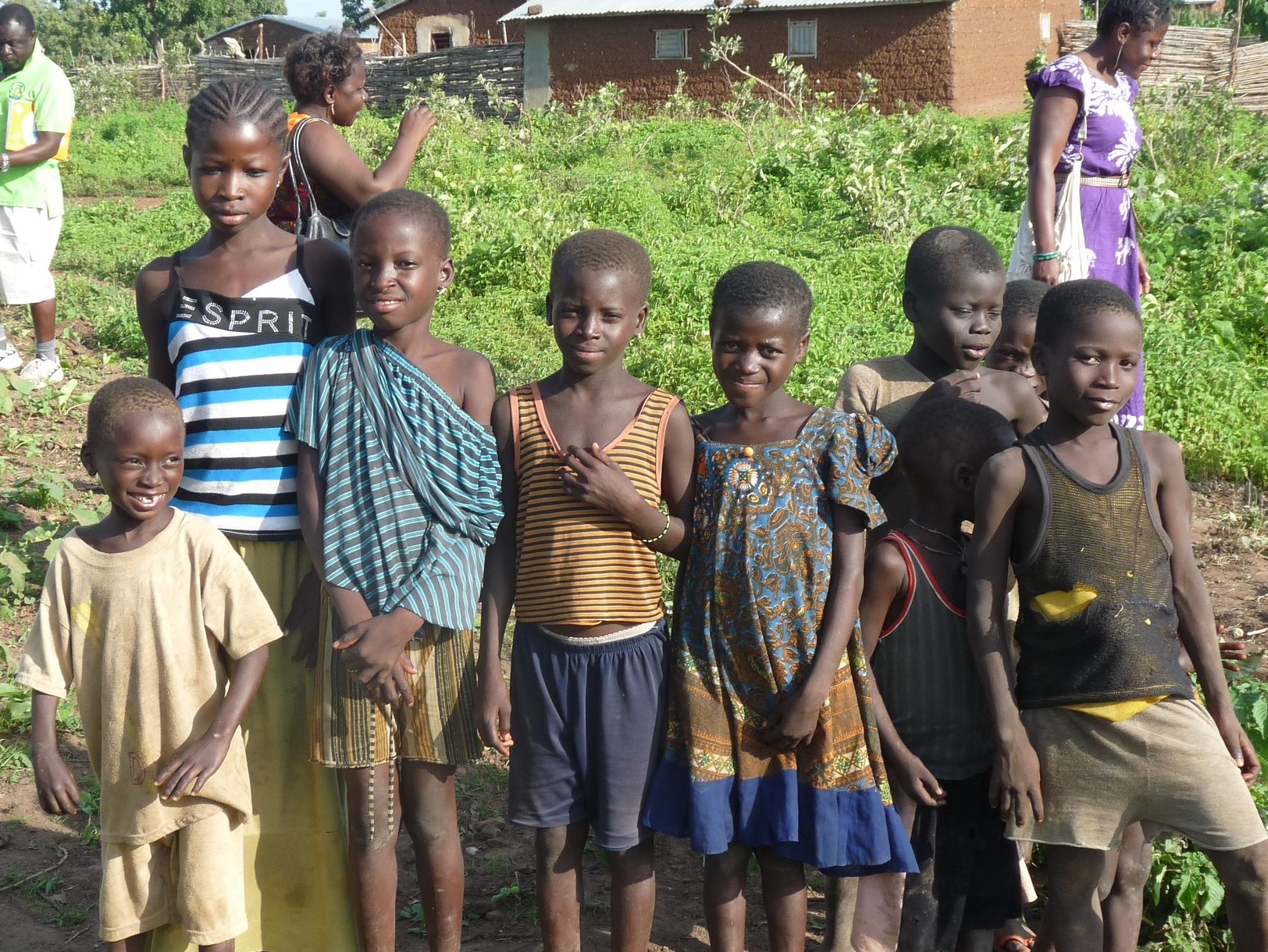 Children in Benin. Now that their parents have converted to organic cotton production, they are at a much lower risk of accidental poisoning by pesticides. Credit PAN UK/Obepab