Risks of inappropriate use of glyphosate in coffee groves

(This post is part of a summary of presentations prepared by Dr Stephanie Williamson, PAN UK, from the Coffee without HHPs workshop in Costa Rica, April 2017) 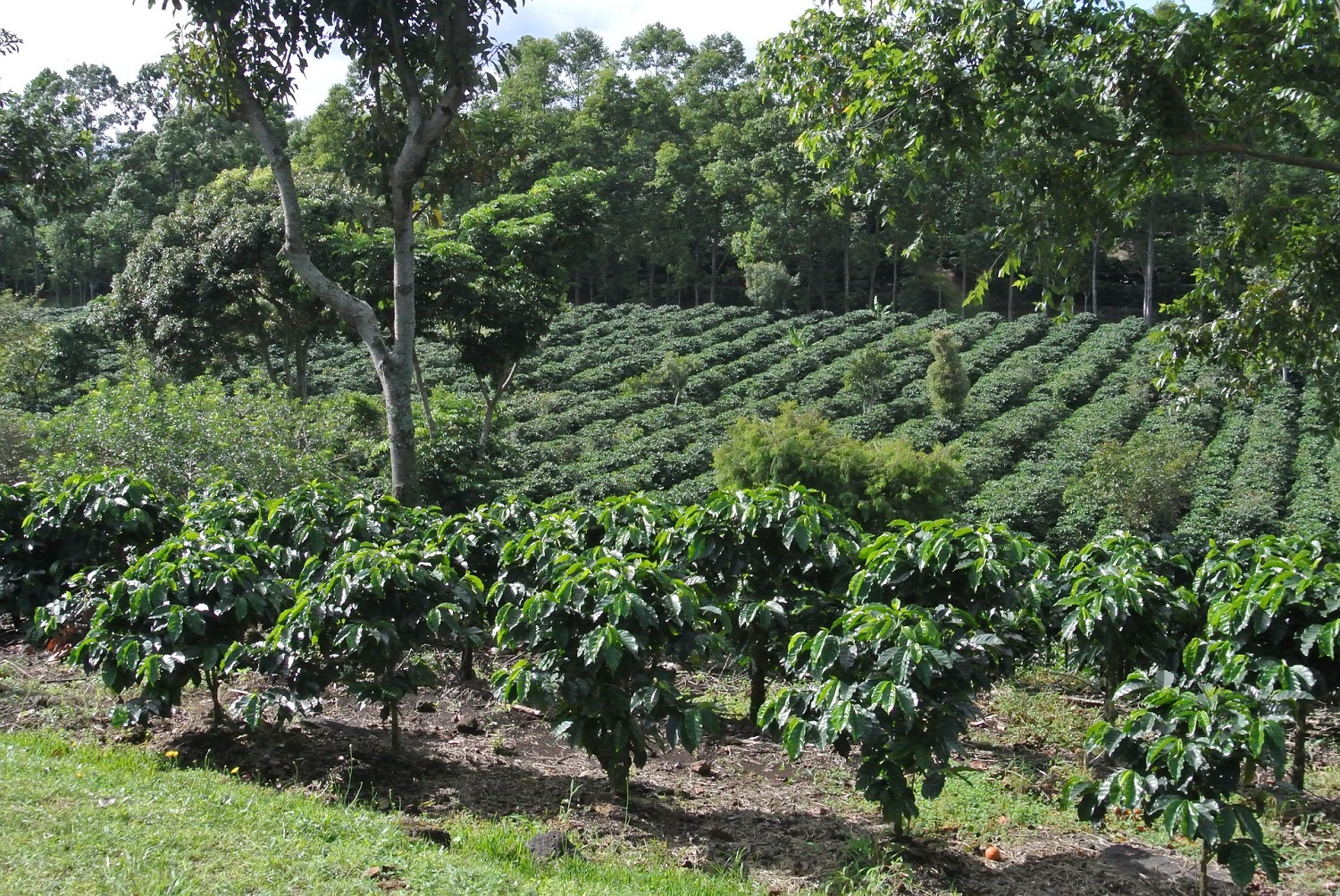 Traditional earthing up to protect the roots of coffee bushes also helps with weed control in the root zone but it’s very hard work and difficult to find workers willing to do this task these days! Dr Chavarría has seen very poor herbicide practices in numerous coffee farms where the farmer applies several applications of glyphosate to try and kill of tiny ‘weed’ plants which survived the first spraying- this is wasteful and harmful to the health of the coffee grove.

Many harmful effects from noxious, grassy weeds, e.g. rushes in the Cyperacae family,  are due to their allelopathic effects, releasing plant toxins in the root zone of the coffee bushes.

He has noticed that in conventional coffee farms, herbicide spraying becomes almost an end in itself, triggering abusive spray regimes and opening up bare ground for problem weed species to reinvade. This kind of excessive spraying forces the farmer onto a herbicide treadmill.

Glyphosate’s huge global success and popularity has led to excessive confidence among Costa Rican coffee growers in its use, leading to highly risky spraying practices. This situation became worse after 2000, when Monsanto’s patent on glyphosate expired and the price of glyphosate generic products dropped and their use rose dramatically. At the same time, coffee yields dropped rapidly but climate change cannot explain such a rapid decline.

It is very hard to ‘detoxify’ crop or other non-target plants affected by unintended glyphosate exposure. Trying to ‘revive’ them via fertiliser application will not work because this herbicide rapidly kills the root hairs so the plant cannot absorb the added nutrients- it’s a waste of money. Many problems in Costa Rican banana plantations blamed on nematodes could be due to ‘invisible’ sub-lethal effects of glyphosate on plant root systems.

The ‘Eco-weeder’ equipment was developed to cut back on herbicide use and address over-use of glyphosate and its likely phytotoxic effects in coffee groves. It allows the operator to apply systemic herbicides selectively, leaving crop and desired plants (neutral and beneficial ground cover species) untouched.  The Eco-weeder uses less than half the normal volume of glyphosate and costs $US120. It dramatically reduces operator exposure too- assessment shows only 2% contamination, mainly on the boots, compared with 30% on upper torso when spraying glyphosate with a motorised knapsack.