A Threefold Pesticides Risk We Must Avoid During Brexit 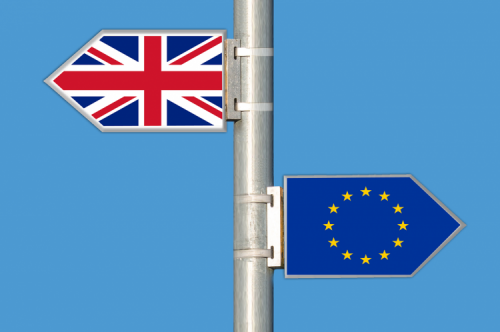 With Article 50 triggered and a White Paper on the Great Repeal Bill published, we have a slightly better sense of where Britain intends to go in terms of Brexit negotiations and on the transposing, or not, of European laws into UK law. It does not look promising and there are three reasons to be concerned.

More detail of the Bill (and related Bills for instance on Agriculture and Environment) will emerge over the next few weeks in time for The Queen’s speech. There’s a real risk that it will inadequately transpose the EU regulations relating to food and farming. When it comes to pesticides – from the rules governing safety levels of residues in food to the licensing of chemicals allowed to be used in fields and parks – this could be a major backward step. Environment secretary, Andrea Leadsom MP, has acknowledged to Parliament’s Environmental Audit Committee that a third of the current body of EU environmental rules may not be transferrable into UK law.

We will need to fight hard for strong amendments to ensure the new legal framework continues to protect our health, workers and the environment. But another major risk is that the wider powers it lays out – including, but not exclusively, the so-called Henry VIII clause (which allows our head of state to change existing legislation without any public or parliamentary scrutiny) – mean changes to regulations and rules can be done without parliamentary and, therefore, public scrutiny. Will government, or even worse industry-filled regulatory bodies, be able to tweak or change residue or licence regulations?

Combine this with a potentially huge lack of expertise, institutional capacity and structures and we have a huge threat.

Pesticide rules for exports and imports will be based on either WTO baselines or a new deal between us and the countries we are negotiating with. If it was just the EU we’d be relatively safe as pesticide rules, whilst not perfect, are well established and are under constant scrutiny and review.

But ‘harmonising’ standards with other non-EU countries so we can swap foodstuffs will mean an opportunity to do a deal and weaken our standards to make gains in other sectors like finance or manufacturing. The US recently published its objectives for removing global trade barriers like safety rules – the section on Pesticides and Maximum Residue Limits is hugely concerning.

As part of the EU we had clout and protecting farming, farm communities and the environment was a priority to some extent. The UK was a pioneer in nature conservation initiatives but opposed many wider controls such as the ban on bee-harming pesticides or on GM crops (most GM crops currently available led to a rise in herbicide use) and usually voted against strengthening most pesticide regulations.

So, the UK is more likely to be making trade deals which allow food to be imported with lower standards and we will weaken or cut pesticide regulations so our producers can compete in a real race to the toxic bottom.

Agribusinesses constantly work to increase their influence on research priorities, standards, regulation and enforcement. When we leave the EU we potentially lose access to significant expertise and agencies assessing safety of active ingredients in pesticide formulations. We will have to do our own assessments whilst also opening up to trade deals with countries with vastly different regulatory regimes. 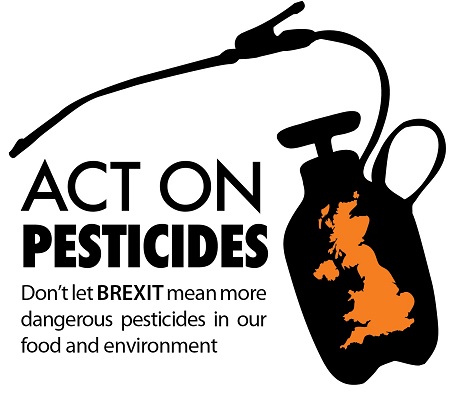 The mass litigation being brought against Monsanto in the US is beginning to shine a big fat light on how a company can built an intricate association with the state supposed to be regulating it; to the point of ghost-writing scientific reports that US regulators then used to determine whether a chemical in its Roundup weed killer causes cancer. The plaintiffs in the legal cases claim that Monsanto failed to warn that exposure to Roundup could cause non-Hodgkin’s lymphoma, a type of cancer. The filing includes an email from a Monsanto employee recounting how a regulatory staffer told him he “should get a medal” if he could “kill” a study of glyphosate at the Department of Health and Human Services, a separate federal agency.

So the risk ahead is that outside of the EU, such corporations will fill the big skills and institutional capacity gap we will be left with and will wield an even bigger influence on a UK government already far more keen on cutting regulations than much of the EU.

There is no doubt we need our elected officials to look after our health and the safety of the working environment. But the global trans-national corporations looking to weaken regulations just love the whiff of opportunity when democratic processes are floundering. Right now there is an almighty stench.

In these times, checking our government is on the case feels more important than ever. PAN-UK is extremely concerned about the risks, yet also believes that there could be opportunities for the UK to become a leader in sustainable farming policy and practice, curbing pesticide use to the minimum needed whilst investing in alternatives. PAN UK is asking people to write to their MP to express concerns about chemicals and Pesticides.