by Hélène Rudlin (with contributions from Emily Hirst), Whalley Rangers

There is a strong sense of community in Whalley Range; we love our streets, we care about gardening, and there are always activities taking place that contribute to making our environment an even more pleasant place to live, despite being so close to Manchester city centre.

How did it all begin?

The Whalley Rangers was formed by a local resident, Dave Saunders, who after a very successful litter picking event involving over 150 people, decided to set up a dedicated group to engage as many residents as possible to ‘Love Where We Live’.

For years I have been worried about the spraying of herbicides on our streets. When working for Hulme Community Garden Centre, the Council used to spray around our fence where I was growing lots of fruits which I had been encouraging children to pick and eat. After seeing the tremendous engagement of residents with the Whalley Rangers, from picking litters to cutting brambles, I thought we could do the weeding of our streets ourselves and ask for the spraying of herbicides to stop.

The problem with herbicides

Most herbicides (weed-killers) contain the active ingredient glyphosate. Glyphosate is a systemic, non-selective herbicide; it can be applied to foliage of any plant, where it then travels through the plant’s entire vascular system, resulting in its death. In addition to weed-killers for domestic garden use, glyphosate is applied to walls, footways and tree-bases in urban areas such as ours, in order to suppress weed growth.

It contaminates the surrounding environment, including the soil and water courses, with the potential to impact directly on humans, animals and other wildlife. Also, many ‘weeds’ are flowering plants that are an important source of food for bees, butterflies, hoverflies and other pollinating insects.

Ending the use of herbicides in our community

A year ago, I approached our local Councillor, Angeliki Stogia, and explained our proposal to end the use of herbicides in our community. I also enquired about the possibility to use the Our Manchester Local Investment Fund to purchase street carts, a shed and tools. She discussed the idea with the Council and they agreed to trial the project over a triangle of streets this year!

We kicked off our project with a series of after-school workshops in our little community garden and organised a festival, ‘Weeds are Flowers Too, Once You Know Them’, with live music, local food and crafts stalls (‘Weeds are Flowers TWO, once you know them’ will be held on the 22nd June 2019).

I had realised that very little was known about weeds, such as dandelions, clover, buttercup, yarrow, selfheal, chickweed and scarlet pimpernel. To me they sound magical and when I started to describe them to people, showing them their flowers and their benefits to our wildlife, they were inspired. I am planning to identify and record our weeds, before pulling them out, and create a little booklet to be distributed to people, so that we start looking at these little plants in a different way and perhaps allowing a few to live longer and flower for increased biodiversity. I know that we will meet people who will be very unhappy about what we are doing – these little plants thrive along our streets, walls and pavements and often share the space with rubbish and litter. But weeds are flowers too, once you know them. 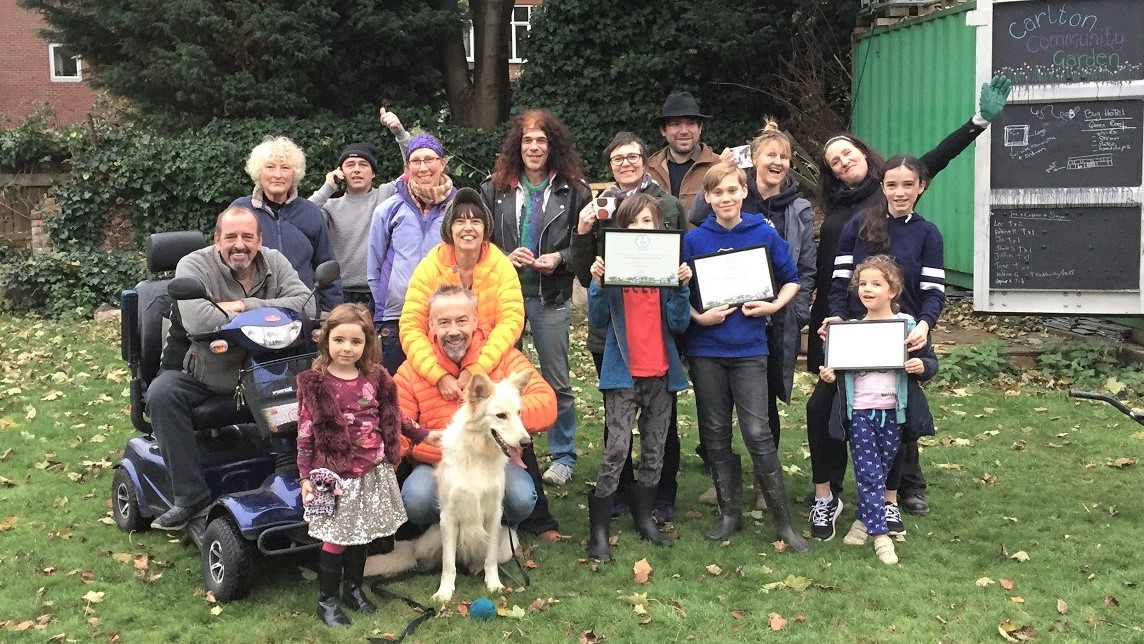