The latest results on our project working with cotton farmers in Benin, West Africa, are extremely positive. Working in collaboration with the Benin Organisation for the Promotion of Organic Farming (OPEPAB), and funded by TRAID and the Big Lottery Fund, we have exceeded our targets and now provide training and technical support to 3,700 cotton farmers, of which 1,200 are women. These farmers are reducing the risk of hazardous pesticide poisoning to themselves and their families, approximately 18,500 people in total.

Most of the recruited farmers have achieved the exacting standards of the certification process over a three-year period and 3,481 are now certified organic, with many more keen to participate. In 2017-18, our organic cotton farmers achieved a net revenue 66% higher on average per hectare than conventional farmers. All organic cotton is currently sold to the Benin government with a guaranteed premium (currently 20%). 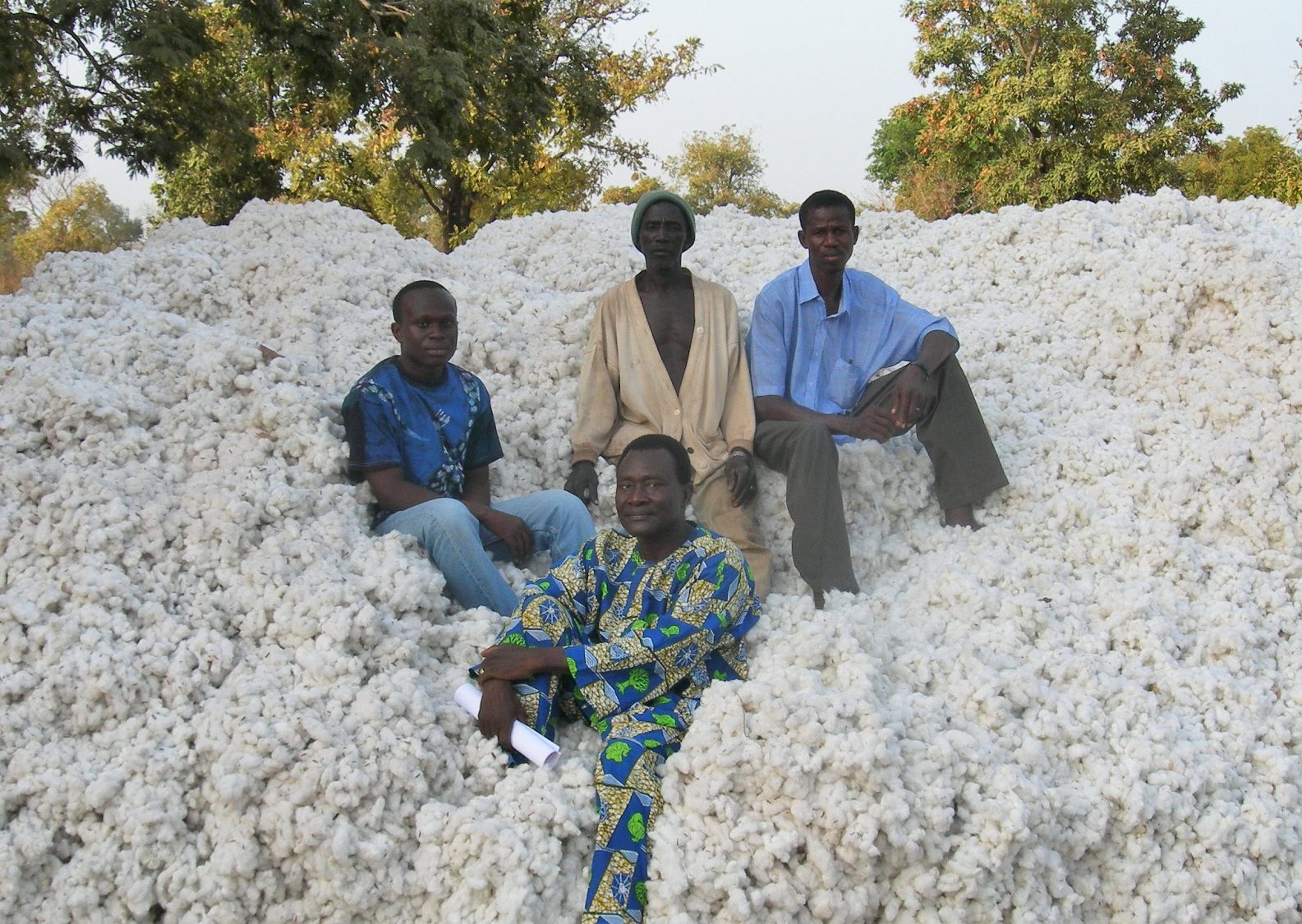 Pesticide poisoning is very common among conventional cotton farmers. Our most recent survey, in March 2018, revealed that 52% of conventional cotton farmers had experienced symptoms consistent with acute pesticide poisoning in the previous 12 months. Farmers and their families are exposed to pesticides when they apply them, when they handle the sprayed crop and even when they hand wash contaminated clothes.

Organic farmers have also learned the benefits of diversifying and growing crops other than cotton.  They are increasing their income from many of these rotation crops. For example, their net income for soya was 28% higher for organic farmers than conventional farmers. Furthermore, growing soy (a legume) improves soil quality and the productivity of subsequent cotton crops.

Obepab has actively engaged in new organic networks in the region to share experience and identify new markets. Organic farmers are establishing healthy, profitable and resilient farming systems that are now better able to withstand climatic changes, market fluctuations or other shocks.

The project has provided eight neem mills and four sets of cashew processing equipment. This speeds up the milling process and provides new income for the women’s groups that operate them. Women are also encouraged to join the cooperatives and take positions of responsibility. In addition, farmers reported that proximity to milling equipment is a key factor in increased school attendance for girls.

Building capacity for the future

The project places a heavy emphasis on building capacity and establishing robust cooperatives and Internal Control Systems needed for producers to market their certified organic produce. The project team has produced guidance materials and training resources that are able to be widely shared and will be of value beyond the life of the project.

The Director of Obepab has established a course at the University in Cotonou on sustainable agriculture in order to share experiences with extension officers and agricultural policy makers of the future.

Both directors of PAN UK and Obepab have presented project findings at key international meetings with the aim to generate more support for sustainable farming initiatives and links to markets for the future.