In defence of Bülent Şık 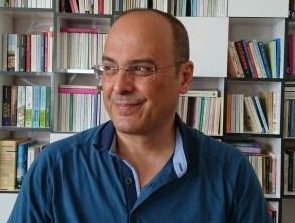 Today, PAN UK signed the following letter in support of  Dr Bülent Şık, calling for his acquittal and the right to freedom of speech in his endeavour to protect and promote public health:

We are deeply concerned about the prosecution of Dr Bülent Şık for releasing his research findings on harmful toxic residues in food and water samples in five Turkish cities.

Dr. Şık is a reputable scientist, public intellectual and human rights defender. His writings had an outstanding impact on raising awareness in the fields of public health, environment, food safety and children’s health.

From 2011 to 2015, Dr. Şık was involved in a research project conducted at Akdeniz University Food Safety and Agricultural Research Centre of which he was deputy director under the auspices of the Ministry of Health. The research aimed to measure the correlation between toxic residues and increased rates of cancer and found serious health-threatening levels of pesticides and heavy metals in food and water samples. Since the Ministry did not disclose the results after three years of the completion of the research, Dr. Şık acted as a responsible scientist on behalf of public interest and communicated his research findings to the public in a series of articles on the newspaper Cumhuriyet from 17 to 19 April 2018. Dr. Şık now faces 5 to 12 years in prison for disclosing classified information.

Dr. Şık exercised his constitutional right to free speech and constitutional duty to protect the environment when public authorities failed to warn and take precautions to protect the public. The scientific correctness of his research findings has not been invalidated by any individual or institution. It is legitimate for a scientist to release research data when there is a risk of serious damage to public and environmental health.

It is a fundamental human right to live in a healthy and safe environment and those who defend this right should not be penalised. Bülent Şık’s right to communicate his research to defend public health and human rights is protected by UN International Covenant on Civil and Political Rights, European Convention on Human Rights, UN Declaration on the Right and Responsibility of Individuals, Groups and Organs of Society to Promote and Protect Universally Recognized Human Rights and Fundamental Freedoms.

We call upon Bülent Şık’s acquittal in his next hearing scheduled for 26 September 2019 in Istanbul, at Çağlayan Adliye Palace. We also call upon members of the international community, scientists, human rights defenders to follow Dr. Şık’s case and defend his right to freedom of speech and his endeavour to protect and promote public health.