PAN UK is closing in solidarity with young climate strikers 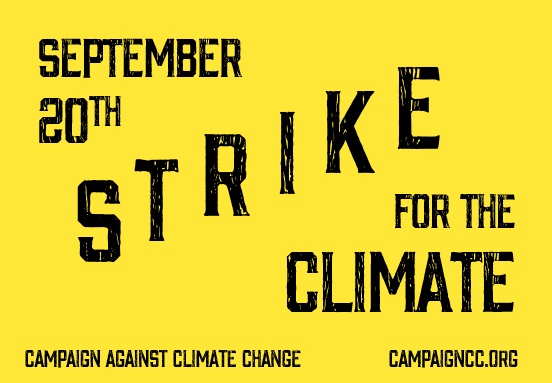 On Friday, 20th September, we will be closing our Brighton office to join the global strike for climate and biodiversity.

Industrial agriculture is a key driver of climate change for a number of reasons. Land that has been deforested and converted to crop production reduces the availability of diverse, carbon-sequestering ecosystems. Much of this land is used in the cultivation of a single crop. These can be vast areas of monoculture which are heavily reliant on the use of chemicals to keep weeds and pests at bay. These crops are also often grown as feed for livestock – another sector that generates huge amounts of CO2 emissions globally. Rising temperatures will also prolong the breeding season for pests, with warmer winters reducing their mortality. This will result in farmers increasing the amount of pesticides they use even further.

Pesticides are also a major cause of biodiversity loss. They kill the plants which are a much needed food source for wildlife, poison our rivers and contaminate our air. A recent study, published in the academic journal Biological Conservation, found that 40% of insect species are declining and a third are endangered. It states that that intensive agriculture is the main driver of these declines, particularly the heavy use of pesticides. Pesticides are also linked to declines in bird numbers.

Despite all this, it appears that our politicians, across the board, are sitting on their hands as they have done for years hoping that this inconvenient truth will disappear. It is clear that we are facing a crisis and the time to act is now.

See you on the streets!