The Pesticide-Free Towns movement is gathering pace across the UK as public concern about the use of glyphosate and other pesticides in our parks, playgrounds and streets continues to grow.

Not long after the recent news from the London Borough of Croydon, which has ended the use of pesticides in all its public parks and green spaces, we have news from three major UK cities that are switching to pesticide-free: Bristol, Derry and Trafford, joining the ranks of Hammersmith & Fulham, Lewes, Wadebridge, Glastonbury and others.

Unanimous, cross-party vote to phase out glyphosate in Bristol

In January, at a full meeting of Bristol City Council, a Motion to phase out the use of glyphosate was adopted unanimously in a show of cross-party unity. The Motion called on Bristol Council to commit to phasing out pesticides over a three-year time period, starting with ending use in public parks and green spaces. It also called on the Council to establish a pesticide-free task force composed of council representatives, the Pesticide Safe Bristol Alliance and other key land managers from across the city. The aim of the task force is to encourage all land managers, not just the council, to come together to share experiences, overcome obstacles and share costs in order to make all of Bristol truly pesticide-free by the end of 2021. 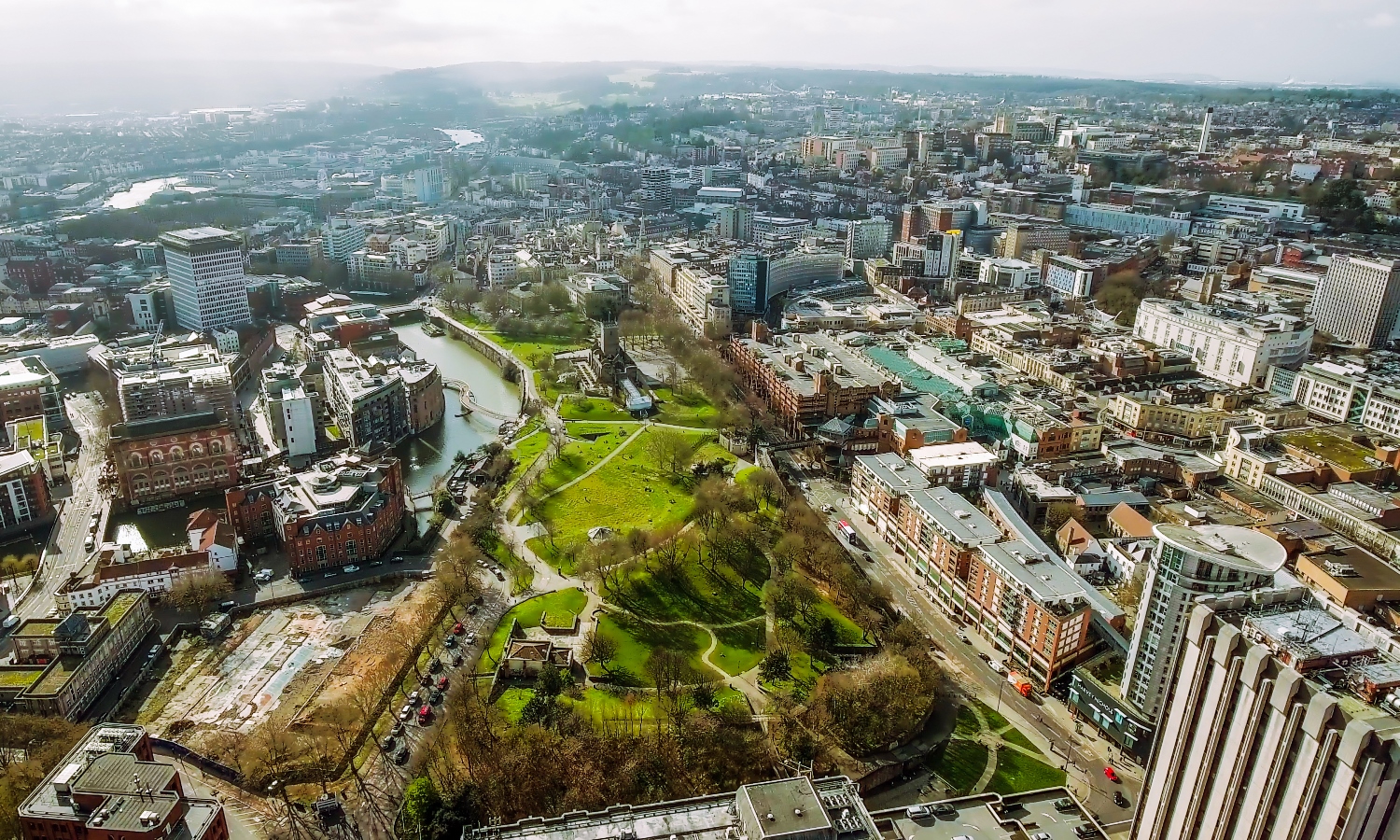 This fantastic result was achieved by the Pesticide Safe Bristol Alliance (PSBA), an initiative started by two Bristolian parents in 2015 after they grew alarmed at the use of glyphosate in local schools. Their campaigning attracted other concerned individuals and organisations from across Bristol. They organised petitions, awareness raising events, polled the opinions of Bristol residents and made strong alliances with elected Councillors. Despite several setbacks over the years they never gave up! It should also be mentioned that the Mayor of Bristol, Mervin Rees, was supportive of their objectives throughout. Bristol has certainly set the pace and is living up to its billing as one of the UK’s greenest cities.

Meanwhile in Derry City, Northern Ireland, The Pink Ladies Cancer Support Group raised concerns about the use of glyphosate by Derry Council. They contacted Councillor Patricia Logue to ask if anything could be done about it. As a result a Motion, submitted in February, was put to the council and as with Bristol it passed unanimously. The Council pledged to discontinue the use of glyphosate in all Council operations, also calling on sub-contractors employed by the Council to cease the use of glyphosate.

“I believe the council is supportive of our strategy locally and my city will be a safer place for not using this chemical. I’m pleased that the motion passed unanimously and unchallenged.”

The next steps for the Council are to roll out an education programme for council employees and contractors in the use of non-chemical alternatives to glyphosate and to turn the Motion into a long-term strategy document.

Most recently, a Motion submitted by Green Councillor Dan Jerome and supported by the Liberal Democrats was submitted at a full Council meeting on 20th March. The Motion called on Trafford Council to;

“The ban on glyphosate weed killers from all Trafford Council operations is a great victory for residents. It will mean our streets, parks and other communal spaces are no longer sprayed with potentially cancerous herbicides. We can now trial and implement biodegradable alternatives which will be better for wildlife too. Hopefully, this will inspire other councils in Greater Manchester to do the same.”

Again the Motion was adopted unopposed to the delight of those that had been campaigning for a ban.

Where is the campaign heading?

So we have three major cities going pesticide-free in the first three months of 2019. All the Motions submitted to the Councils were adopted unopposed. This, we believe, shows both an understanding of the need to do things differently and the responsibility that Councils have for the well-being of their citizens.

PAN UK is aware of a number of other councils across the UK that are interested in following suit as increasingly public opinion, issues of worker safety and the impacts of pesticide use on urban biodiversity are driving them to look for alternatives to harmful pesticides.

With the support of the public and by working closely with elected councillors, contractors and suppliers of alternative technology we expect to see many more towns and cities announcing that they are ditching pesticides over the course of 2019.

Live in Brighton & Hove? Find out how you can support our local campaign here. 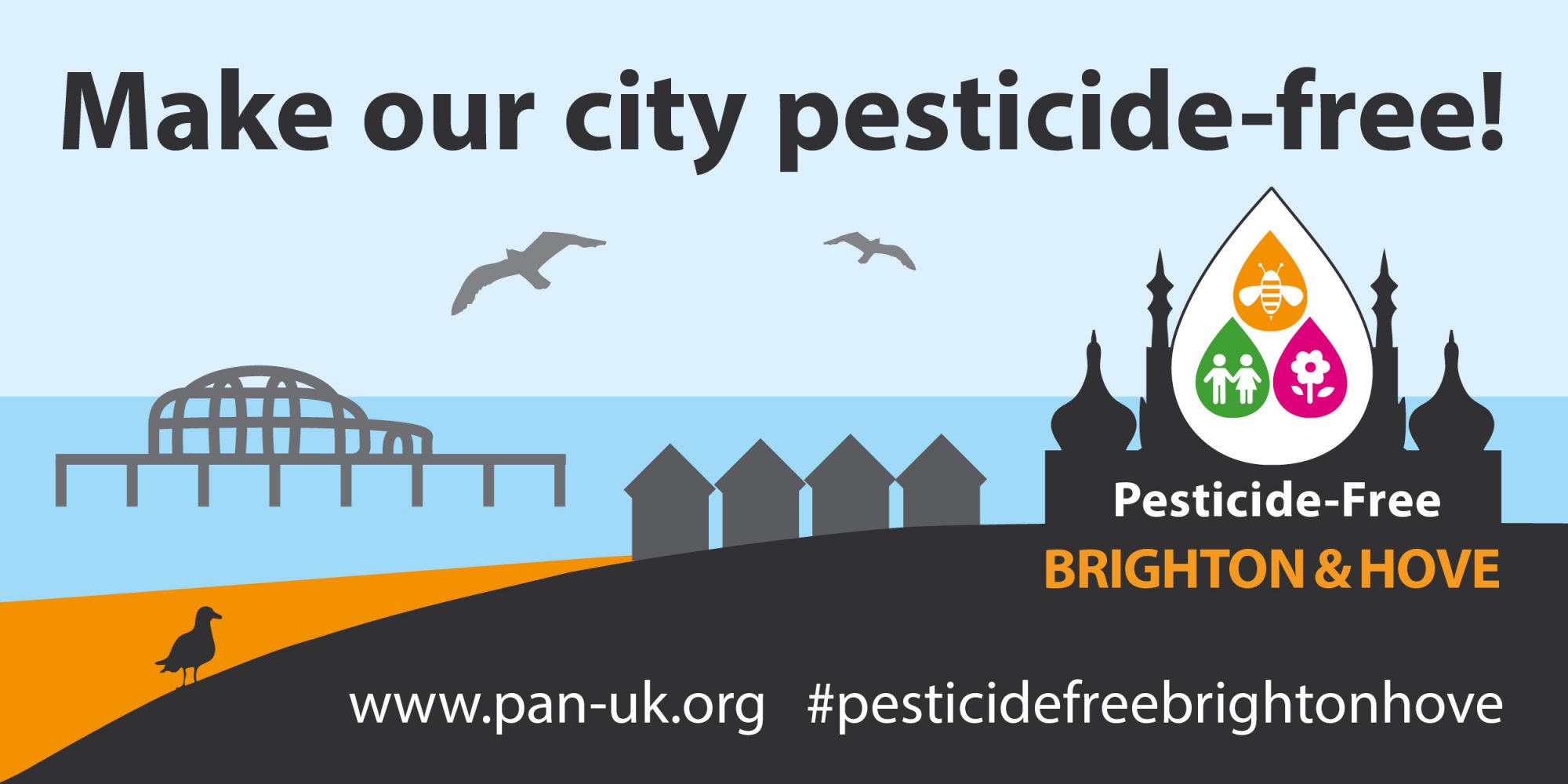