Three small robots and their quest to save the world 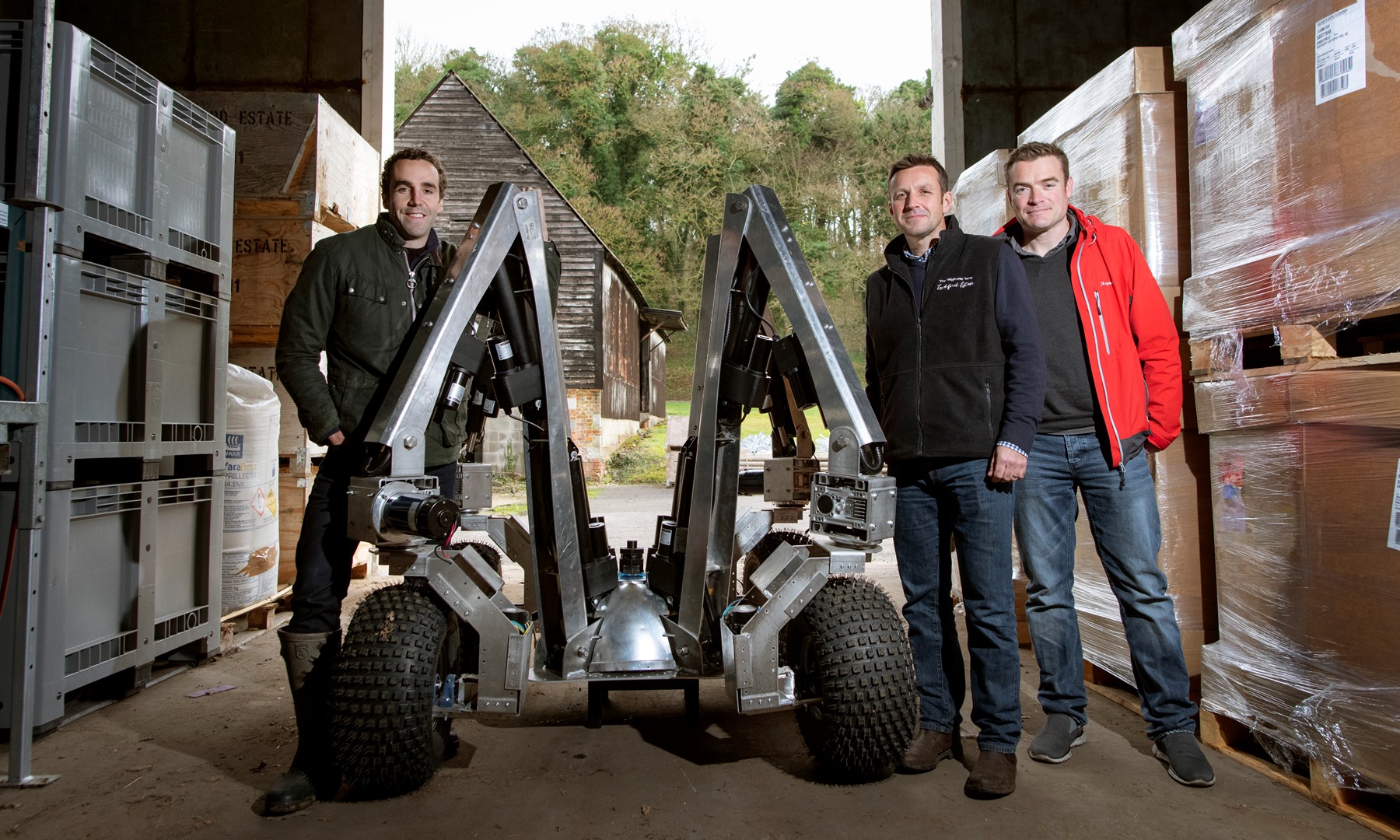 We’re living on the edge of the greatest change that farming has ever seen. Robotics, artificial intelligence, drones, autonomous vehicles and blockchain: these are all elements which will make up the Digital Farm. And these innovations will be mainstream within ten years. This is a radical change. Ultimately, we’re talking about a fourth agricultural revolution.

This could not be more timely. The stark reality today is that farming is not working. Machinery costs are rising, yields are stagnating, and profit suffering. Globally we know that farming is a huge energy user, a huge water user and, unfortunately, the source of a lot of pollution. How we are to feed 9 billion people sustainably by 2050 is one of the most serious questions facing mankind today.

The problem with current farming methods

Working on farms, 90% of the effort we put in with soil cultivation, and a significant proportion of the chemicals, is to correct the damage done by tractors. All of this cultivation has an impact on insects and other beneficials that live in the soil, as well as eroding the soil. We may have as a little as 30 to 40 years left before we have effectively eradicated soil fertility. There are also worries about food safety and contamination of the human food chain. As a farmer, I want the food I grow to be safe to eat, and I want people to be able to trust this. But scientists disagree about safe chemical usage, and there is also confusion on safe toxicity levels. Consumers are unsurprisingly not convinced. As farmers, we also need to face up to the fact that our activities can have a negative impact on beneficial insects. One of the worst things we do is blanket chemical application. Unfortunately, if you treat the whole field the same, overuse is inevitable. Lately, there have been concerns over farming’s contribution to possible ‘insectageddon’.

The stand-out narrative is that of fields drenched in chemicals. Naturally, as a result there has been much agitation against farmers, which is unfair. Despite perceptions to the contrary, farmers are deeply concerned with environmental stewardship. But if we are to find a solution we need to work together to create it. A major theme in my ongoing discussions with farmers is their frustration with their inability to do more to protect the environment. Most do their best, but they are unfortunately very much hampered by the hard limitations of today’s ‘big machinery’ tractor-based model. It’s clear – and deeply felt by farmers – that farming needs urgent change.

In our hands is the future of the soil, and the future of food. A more ecologically harmonious way of farming is vital for the future of our planet. Less impact, and more in line with nature. At Small Robot Company, we’re starting from the drawing board to create a new and sustainable farming system that makes the very best use of today’s technology. Our mission is to deliver ecologically harmonious, efficient and sustainable farming. So we are reimagining farming with robots and Artificial Intelligence (AI). Using small robots instead of tractors, we will ‘digitise the field,’ producing an abundance of food with minimal environmental impact.

A new way to farm

Our three small robots Tom, Dick and Harry will take care of all the feeding, seeding, and weeding autonomously. Working in conjunction with Wilma, the artificial intelligence ‘nervous system’, they will only feed and spray the plants that need it, giving them perfect levels of nutrients and support, with minimal waste. Robotics brings a new level of precision which is completely beyond the hard limitations of tractors. This is an entirely new way of farming: making the data point the individual plant, and each square metre of soil, rather than the field as a whole. This will be transformational. Farms that use robotics will reduce chemical usage by up to 95%. 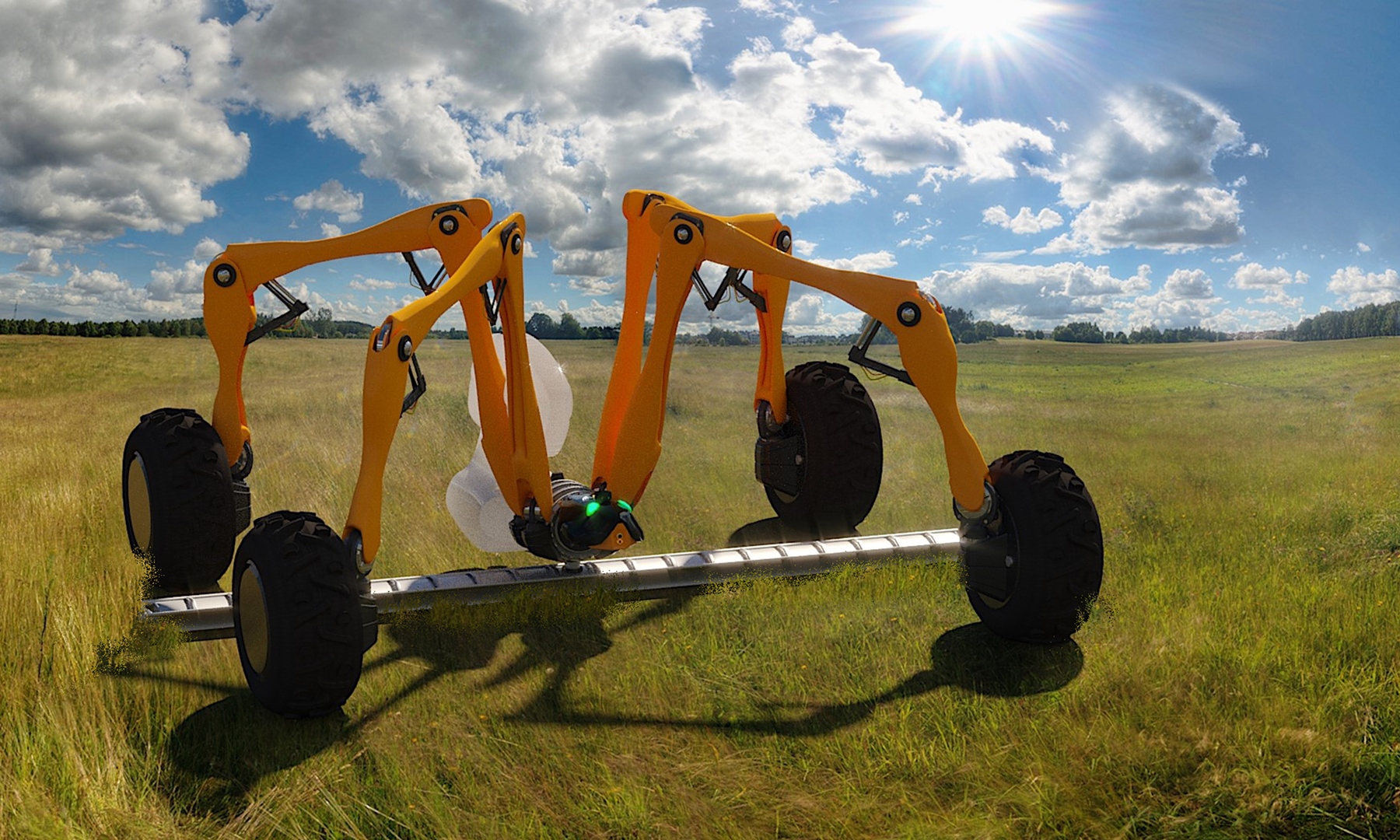 From a farmer’s perspective, this is very much welcomed. Legislation against chemicals is leaving farmers increasingly short of options. As such, they are very interested in seeing a next generation of precision ‘spot applications’ developed for virulent weeds such as blackgrass. Meanwhile, we are also working on developing non-chemical methods of dealing with weeds such as electricity and lasers. We could see a future without any
herbicides necessary in arable farming at all. Non-chemical weeding is the holy grail.

There’s also of course the matter of the corresponding cost savings to make this even more attractive. Costs could be cut by up to 60% with robotics. This will also almost entirely remove the lingering worries around the application of chemicals on our food. It’s important to stress that our ethos is ‘by farmers, for farmers’. Much of our thinking has come directly from farmers telling us about the problems they are facing and the things that they think are important. To have maximum beneficial impact on the environment this needs to work for farmers. We are therefore working closely with farmers, on farm, to develop our technology. We’re currently in field trials with our early prototypes in 20 farms across the UK, including Waitrose and the National Trust. We’re also working with industry bodies such as the National Farmers Union and Nature Friendly Farming Network, as well as a selection of industry partners.

We are also not going to tell farmers how to farm. Rather we will work with them, to ensure that this new way of farming is the best and easiest way. Our technology will be applicable for all arable farms – from organic farms to conventional, from smallholdings to large-scale industrial. Mass-market adoption could have a tremendously beneficial impact.

Robotics is kinder to the soil, kinder to the environment, protects biodiversity, and enables permaculture at scale. It’s the ultimate sustainable farming model. It’s potentially game-changing, and it feels very exciting to be on our way to making history, changing the way we farm forever.

Small is the Future. Find out more at www.smallrobotcompany.com